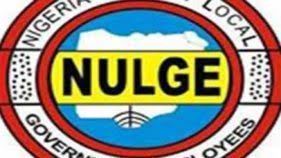 Imo and Abia States and twenty one other states are currently owing local government workers arrears of salary ranging from one to 16 months.

The National President of the Nigeria Union of Local Government Employees, NULGE, Ibrahim Khaleel made the revelation in a statement to the News Agency of Nigeria, NAN in Abuja.

According to the statement, Imo State owes salary arrears for six months, while neighbouring Abia State owe between five to nine months.

Bayelsa State is leading in the indebtedness to local council workers between 10 to 16 months, closely followed by Kogi State between seven to 15 months.

He claimed that four states, Imo, Ondo, Ekiti and Zamfara States have not implemented the minimum wage, while Osun State has been paying half salaries for 24 months and few staff are owed in Enugu State.

He called on State governors to offset the salaries and other allowances of local government workers with the second tranche of the Paris Loan Refund released to them.

The NULGE President threatened that failure to do so would compel the Union to mobilize and shut down all local government councils in the country.

innonews - May 31, 2018 0
After watching Imo state governor,His Excellency,Chief Rochas Okorocha, in an interview with the popular Lagos-based Channels Television on Monday,May 28 from my place in...