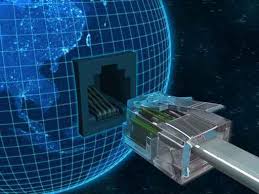 Internet service disruption and likely outage now looms in Nigeri as a major provider announced on Tuesday that its submarine cable would be out of service for 14 days due to a fault.

The News Agency of Nigeria (NAN) quoted the Chief Executive Officer of Main One ,Mrs Funke Opeke, saying in a statement that the company encountered a fault on its submarine cable system, 300km offshore Portugal on Sunday, June 18.

She said the service outage was the first of its kind in seven years since the cable system came into operation. She stated that the fault had led to some disruptions to MainOne’s international connectivity customers in West Africa.

Opeke added that a repair vessel from France was mobilized early Monday morning and supported by the company’s maintenance and Repair Agreement (ACMA) to effect the repairs.

.“ACMA is to pick up the necessary spares and personnel to recover the affected sections of the submarine cable in the Atlantic Ocean and effect repairs.

“The current estimated time for the repairs may be up to 14 days.

“This is an event of Force Majeure, being beyond our control in the ordinary and normal course of business” she said

innonews - November 8, 2021 0
The drama in the Imo State House of Assembly is said to be responsible for the delay in the announcement and subsequent...

innonews - May 10, 2022 0
The Imo State government has announced the temporary suspension of the Collection of Daily Tickets from Commercial Transport Operators in the...