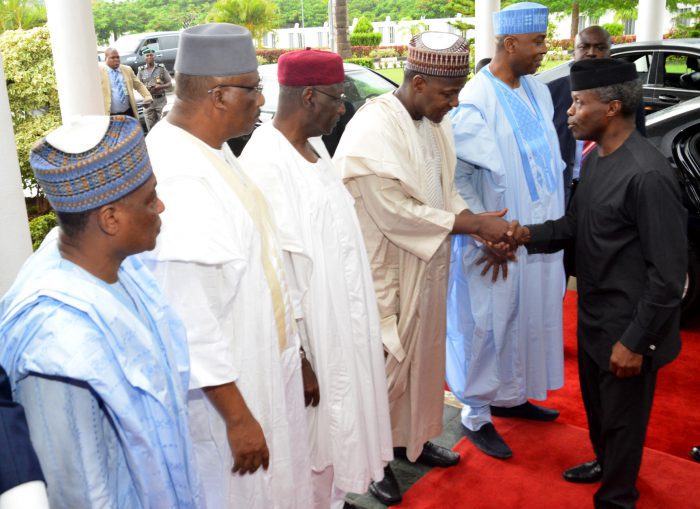 The Nigerian government has said it is ready to deal with promoters of hate speech and divisive comments.

Acting President Yemi Osibnajo stated this at the Aso Rock Villa after meeting with a cross section of Northern leaders.

The meeting is coming after some youth groups in the north issued an ultimatum to all Igbos in the region to leave latest October 1, 2017.

He said any form of hate or divisive speech from any quarters will be met with the full force of the law, saying no one will be allowed by the government to get away with making speeches that can cause sedition or cause violence.

The Acting President said the Federal Government will also take seriously attempts to cause violence or disrupt the peace of the country. He called on Northern leaders to take his message down to the people.

Osibanjo maintained that Nigerians would continue to live together

The acting president will also meet with leaders from the south east on Wednesday.