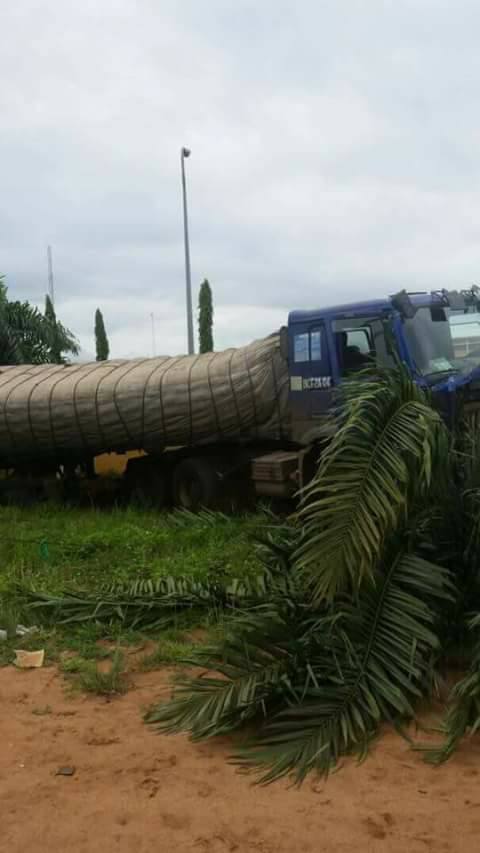 Tricycle operators yesterday embarked on a violent protest in Owerri to protest the death of their colleague killed by a truck belong to a cement company.

Eye witnesses said it was in a bid the deceased tricycle driver to escape from officials of the Imo State Environmental Transformation Commission, ENTRACO that led him to be crushed by the truck.

The truck driver with the number plate, Jigawa KZR217 ZT  had veered off the tarred road and unfortunately rammed killed the operator.

After the unfortunate incident occurred, according to the witness,ENTRACO officials, police escort, the driver of the truck and his conductor vanished into thin air abandoning their over 600 bags of cement.

Furious with the death of their colleague, the tricycle riders stormed the ENTRACO office on Owerri- Aba road and set it ablaze.

The intervention of the Police prevented them from carrying out  further damage.

The angry protesters called on the Imo State Governor, Rochas Okorocha to weed out “undesirable elements” in the commission.

Head of ENTRACO, Jeff Nwoha was quoted to have said he regrets the death of the tricycle operator but his men were not responsible for his death.