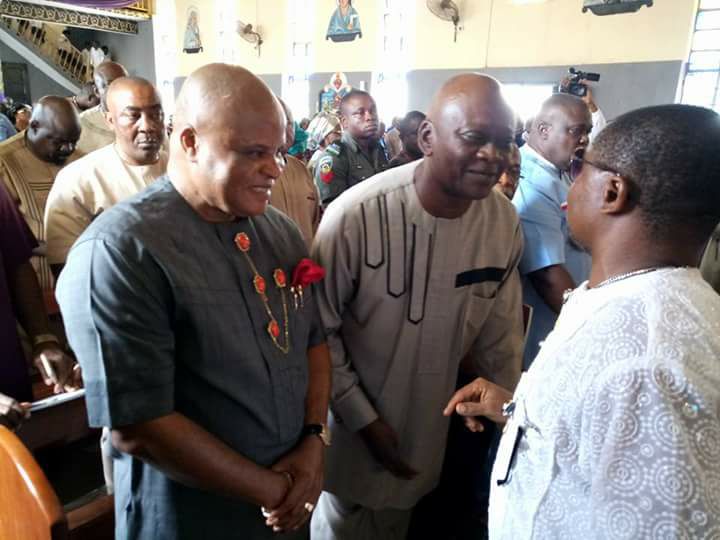 Ajumbe had confirmed to this news website on inquiry that he has quit the Rescue mission camp of the governor for the senator who is aspiring to take over from Okorocha in 2019.

In a release sent to this medium,  the politician said he is supporting Araraume not because he is in the same APC with him but because of what he has seen in him.

“Before March this year, I and Senator ARARAUME were miles apart. One day in that March, a prominent Mbaise born billionaire called me and told me that ARARAUME would want to see me. I asked him if there was any problem, he said no. He told me that he would tell me when. I have absolute respect for that Mbaise billionaire who takes me as his son and confidant”

“A week after, on a Sunday afternoon, the Mbaise man called me and said that ARARAUME was coming to my house by 8pm same day. By 8pm, he came in with my respected leader and sort my support and partnership in his governorship pursuit. We discussed on various political issues and I told him that I would think about it. Our meeting lasted for about an hour.

“Two weeks after, I paid him a return visit at his country home in MBANO where we spent over two hours together From that day, I made up my mind to work with him. He has exemplary humility. Others would have invited me to their houses, but he came to mine; that was an honour to me. ARARAUME does not eat alone”

“On breakfast, lunch or dinner times, everybody in the house including visitors drivers eat with him on the same table. That is humility. He is not abusive. He is a good administrator and manager of human beings and resources. ARARAUME is the ONLY politician in Imo State who has the capacity to fight for GUBER ticket in Imo APC with any nominee of any other person. He is populating a good team who are collapsing other known structures. This is the fact. This is the true story. May God give him good health and the resources to pursue this ambition. God bless Imo State” Ajumbe stated.