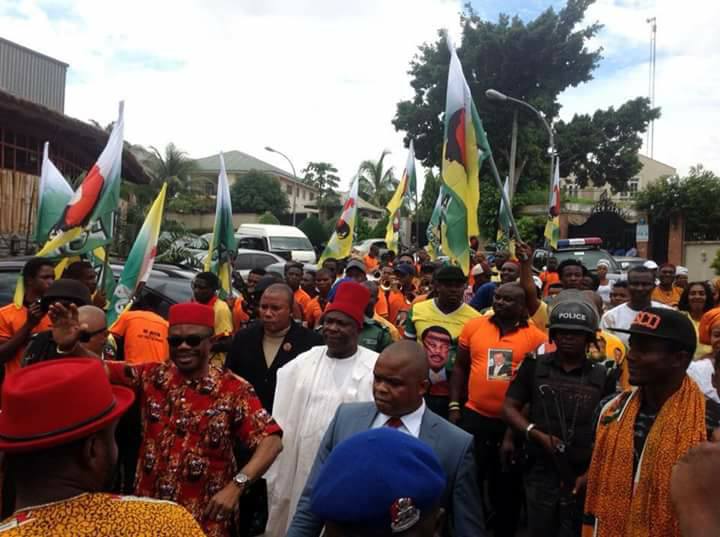 The Leadership of the All Progressive Grand Alliance, APGA in Anambra State led by the State Chairman, Sir Nobert Obi (Ugobueze) today, August 8, 2017, accompanied Governor of Anambra State, His Excellency Chief Dr. Willie Obiano  to the APGA National Secretariat in Abuja to pick up his Re-election nomination form for the forthcoming Governorship election in Anambra State.

Governor Obiano who also celebrated his birthday today, renewed his commitment to serve Ndi Anambra better and pledged to drive the policies and programmes of his Administration towards achieving the attainment of its destiny as the true Light of the Nation.

The National Chairman of APGA, Ozonkpu Dr. Victor Ike Oye (Ozonkpu Chikwadolu), through the Organizing Committee of the Primary Election, Chief Mike Akunwata Kwento, while presenting the forms to Chief Willie Obiano said that the Governor has done extremely well within his first term in office, and should be given an opportunity to run for a second term.

The forms were  presented to Chief Willie Obiano after concluding the payment process.