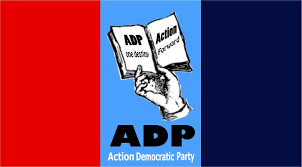 The National Secretary of the Party, Dr. James Okoroma stated this in a statement issued in Abuja.

Dr. Okoroma disclosed that the Seven (7) aspirants had already indicated interest to run on the platform of the ADP in the Anambra Governorship election.

He further disclosed that the Party’s Governorship Nomination Form would sell for Four Million Naira (N4,000,000.00) only, while the Expression of Interest would be sold for One Million Five Hundred Thousand Naira (N1,500,000.00) only.

According to the National Secretary, who was recently in Awka for a meeting with some of the aspirants, Screening, Electoral and Appeal Committees had already been set up for the election. He appealed to all the aspirants to commence mobilization at the grassroots level in preparation for the primaries, which he said would be direct

innonews - July 24, 2017 0
Chelsea mercurial mid fielder, Eden Hazard has returned to training ahead of the new premier league season. This is good news for Chelsea fans worldwide. The...