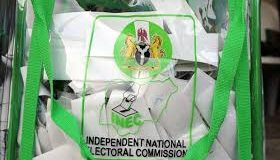 We seem to have focused attention and dissipated energy on what Nigeria’s problems are and we completely forgot one of the major plagues we have suffered ever since. If Nigeria’s problems are summed up in lack of competent leadership, it is baffling why on earth we have closed our eyes to what happens in the kitchen where our leadership is cooked and dished out.

As far as representative democracy goes, the  political parties remain the engine house. But this engine has been left to the whims and capricious tendencies of merchants of impunity, and they have made a mincemeat of our collective ignorance or carelessness.

As we approach 2019 all politically exposed persons (3Ps) and the entire citizenry must beam their searchlight also on the political parties and their various leaderships. We have left leaderships of the various political parties for far too long unchecked because we trusted them so easily. But they have taken our trust for granted and raped us instead as reward.

There is no gainsaying that political party formations and their leaderships have become very lucrative business in the country. Political merchants have so busied themselves with returns on investment that they care less about our collective future. And as far as they line their pockets with cash and get regular bank alerts, everything is fine.

How do the political parties choose their candidates? The process is very rigorous, combative and full of corruption. Leaders of the various political parties, because of their focus to grab power and wealth turn blind eyes to the yearnings of the people for credible leaders. They only make room for their cronies and money-bags who would give them money and also “fund” the party. Often times they become insatiable and sell the mandate of the people for cash and other personal gratifications.

It is because of the shoddy ways we have allowed the political parties to choose and present their candidates among whom we must helplessly choose from, whether they are good or not, that we have all kinds of litigations flooding the courts and creating tension and enmity among hitherto brothers and friends. In many cases the courts have confirmed our fears that the processes by which political parties choose and present their candidates for elective positions are defective and riddled with corruption.

In Imo State, for example, the defective process threw up a sel-confessed hitherto street hawker in Jos, and he became Governor. Apart from his “sweet” and recycled story of from grass to grace, his greatest credential was his claimed philanthropy. But today, those who have been accused of selling the mandate for N300M have also become victims of the stinking dictatorship in the state. And having succeeded in 2011 they are now more emboldened to try to sell us another dummy for 2019. In doing this the marketers are clothing Uche Nwosu in the borrowed garb of a philanthropist, whereas those who work very close to him have warned that it is all smokescreen as Uche Nwosu’s smiles and sudden philanthropy are crafty ways of hiding his true nature. They place a clear caveat: buyers beware.

To arrest the drift in Imo State and Nigeria at large the people must become active politically. First, we must begin to hold political parties and their leaders accountable. The political parties must change the idea of delegates election and secret ballot system to open ballot system. The delegates have proved to be vampires and they have sucked our blood without mercy. They are corrupt. They contribute in making the political process expensive and they only vote for the highest bidders. The delegates do not care about credibility. To them, it is all about money. This is why you would see party faithful lobbying to be delegates.

To the leaders of the political parties, the delegates is their easiest way to perpetrate their impunity. As a result intending political leaders have no option than to buy the delegates so as to get elected and presented as party flagbearers. In the course of this the aspirants fight among themselves and end up with litigations, bitterness and huge material loss.

In some instances, those who consider themselves wealthy have grabbed the party leadership by their constant “funding”, to the extent they fight and block everyone else out. They do this because they want to remain the party’s flag bear for life. This situation is the root of all strife and corruption in the system.

The debates being proposed should not be a fanfare, like what had obtained at Assumpta Cathederal, Owerri, where supporters of political candidates stormed the venue and made all sorts of noise, fought and vandalised church property, but a genuine and serious intellectual forum. Because politics is a business for the noble minded, all aspirants should use the opportunity of the debates to answer questions from select journalists to showcase their grasp of issues and the solutions they would offer.

We should stop listening to stories of from grass to grace. Such motivational stories should he left for the nollywood industry and motivational speakers, because even the tale of being hitherto street hawker betrays any form of mental preparedness for the height of leadership engagements required of a Governor. To such former street hawkers, what they bring to governance is mere brutish street life, as has been demonstrated in Imo State since 2011.

Imo people are tired of people who are heavily indebted to the banks coming to take over our seat of power and then use our common wealth to repay their debts and afterwards swim in stupendous wealth. Every aspirant should subject himself to public scrutiny, especially on his debt status. It should be a public issue and it should form part of the items on the debate, because several indebted politicians are the prowl again seeking means to grab the ticket of political parties and then use our common wealth to pay back their debt.

The political parties should take the lead in organizing the debates for their aspirants prior to the primary elections, after which the aspirants commit themselves to a pact. Professional bodies, religious groups and activists should also organize the debates separately.

If the Americans whose democracy we copy have institutionalised public debates in their political process, we should do much more. Let the candidates be voted for based on how they are known to the electorate. If we institutionalise the debate all aspirants to public office would invest ample time building themselves. That way we will not have street hawkers and people with questionable credentials and source of stupendous wealth as Governor. We would thus have credible servants as Governors.