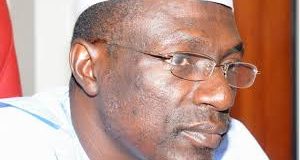 As part of efforts to strengthen the Peoples Democratic Party after the Supreme Court ruling that ended leadership tussle in the party, the National Caretaker Committee led by Alhaji Ahmed Makarfi has constituted a national reconciliation committee aimed at uniting the party.

The various committees will be inaugurated on Tuesday, August 8, 2017 at the Chida International Hotel, Jabbi, Utako District, Abuja.