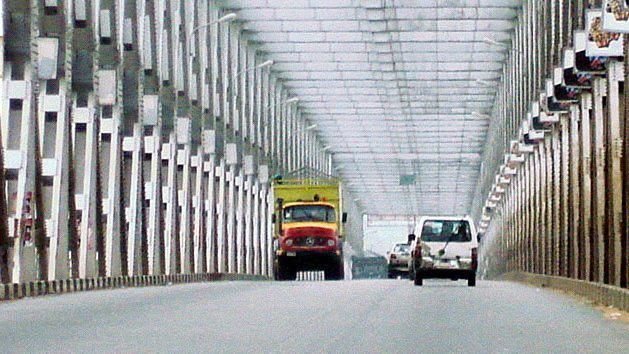 Vice President, Yemi Osibanjo has said during President Muhammadu Buhari’s visit  to China, he  negotiated with them about the second Niger Bridge and East West Road.

He reiterated the Federal Government’s  resolve to ensure the completion of work on the Bridge and other federal projects in the South East region.

“President Buhari went to China to negotiate with them about the second Niger Bridge and East-West road,’’ he said.
He said everything had been put in place to ensure the completion of Enugu-Onitsha expressway.

Mr. Osinbajo urged the National Assembly to consider and accommodate all the federal projects during their deliberations on the budget.

He said that one of the cardinal principles of Buhari administration is fairness, which according to him has allowed every political zone the opportunity to benefit in his government.

Gov. Willie Obiano recalled that Ifitedunu community had benefited immensely from his administration, especially in the area of appointments.

innonews - December 12, 2017 0
BY DAN OPARA# Imo State Governor, Rochas Okorocha came down hard on his political opponents in the State saying they have nothing to offer. He said...

innonews - May 11, 2017 0
World Football governing body, FIFA has ratified the expansion of countries from Africa that will take part in the World Cup of 48 countries. With...

innonews - May 22, 2021 0
*Owerri Patriots Reacts Governor Hope Uzodimma seems to be shopping for fresh allies, this time within the grassroots in...