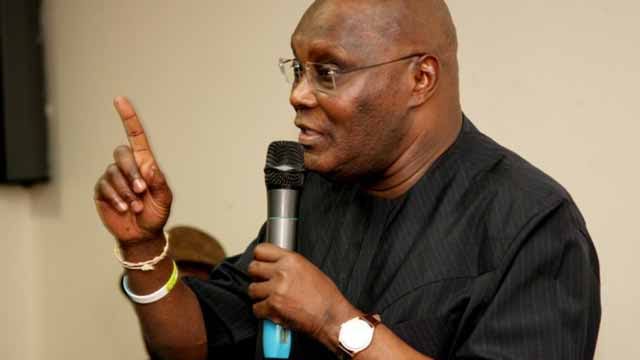 Some stakeholders and members of the All Progressive Congress, APC in Imo State have reacted to the resignation of Former Vice President, Atiku Abubakar from the party.

Some of them who spoke to this online news website said the resignation of the ex Vice President was long expected and nothing to worry about.

Mrs Gloria Uchendu, a Woman Leader in the party in Isu LGA said Atiku’s resignation has no impact on the APC particularly in Imo State because all his followers are already in the PDP.

She said”How many of his followers are in the APC in the State?  None.This means no notable member of the APC in Imo State will move with him to any other party he wants to join”

Another party stalwart from Orlu LGA, Engr.Fred Anyanwu said the only known political ally of Atiku in Imo State is Emeka Ihedioha and Hon. Greg Egu.

“Ihedioha is a known political friend of Atiku even before he went to the House of Reps where he spent 12 years. He is already in the PDP.There is no other APC big fish in Imo State that is very close to Atiku. His exit from the party is of no effect to the APC in the State” she said.

He said Governor Rochas Okorocha is an unrepentant supporter of President Muhammadu Buhari and since he is backing the President for re-election in 2019, there is no way the APC in Imo State will shake because Atiku left the ruling party.

“Atiku is a known serial presidential aspirant who has jumped in and out of many political parties from the PDP to the Action Congress, AC back to the PDP to the APC and now he is likely to go back to the PDP again. His movement to these parties has never altered the political situation in Imo State and this time it will never be different” he said

The former Vice President had quit the APC on Friday saying the party had clamped down on the tenets of democracy and eroded the principles it was  founded on.

innonews - May 13, 2018 0
There was no attack on the Speaker of the Imo State House of Assembly, Rt Hon. Acho Ihim  and the Majority Leader, Hon. Lugard...

innonews - July 22, 2017 0
Despite expressing it's renewed determination to continue seeking for relevance in the PDP in Imo State, unconfirmed reports reaching this website indicates that some...

innonews - April 18, 2018 0
Political stakeholders and key players in Imo State chapter of the All Progressive Congress, APC are now gearing up for the party’s congresses and...