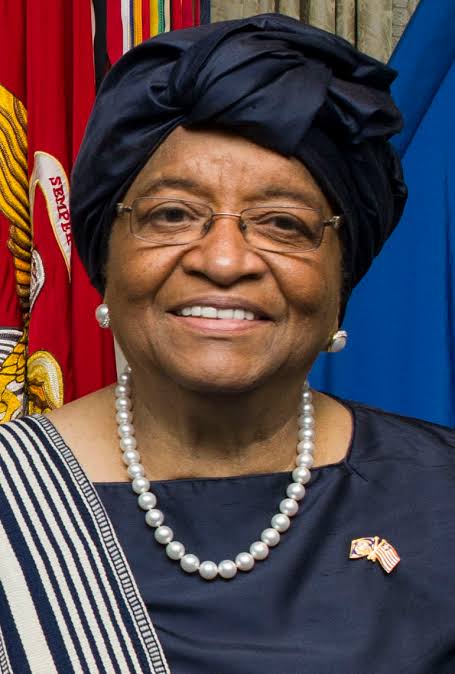 The visit of the only African female leader is coming barely few weeks South Africa President, Jacob Zuma had visited the State.

Zuma’s visit had generated tremendous uproar after a statue was unveiled in his honour in Owerri with an  unverified cost of the statue put at N520 million naria. The State government till date never refuted the allegations.

The State government in a statement signed by Sam Onwuemedo Wednesday night  confirmed the visit of Sirleaf to Owerri on Thursday, November 9, 2017.

The statement stated in part ” That the Liberian President is coming to meet students of the Rochas foundation College of Africa and the students from Liberia in particular whose parents died of Ebola and she will also be expected to key into Vision 2030 of Rochas Foundation College,targeted at taking one million children of Africa out of street and giving them education”

Though the Imo State government was silent if a statue will be unveiled in her honour like that of Zuma, it however said “Mrs Sirleaf would be taken to the palace of Eze Imo to be accorded the African way of receiving an august visitor like her and the Chairman of the State Council of Traditional Rulers, HRM Eze Samuel Ohiri will be expected to decorate her with a chieftaincy title, taking into account that she took over the leadership of Liberia soon after a bloody civil war and she has been able to sustain the peace of the country for ten years now”

Aside interacting with Liberian students at the Rochas Foundation  the following day, November 10, the Liberian leader will deliver a lecture to Imo women at Imo International convention centre.

Thereafter, according to the statement, “She will be honoured with Imo Merit Award and a road will also be named after her and with all the feats she has achieved, she will earns a place in the Imo Hall of Fame” the statement stated.

Zuma charged for corruption charges in South Africa on the day he visited Owerri by the South Africa Supreme Court, had a road named after him and inducted into the Imo State Hall of Fame which was marked with the unveiling of a statue.

With Sirleaf honoured into the Imo Hall of Fame when she visits, it indicates that a statue will also be unveiled in her honour. Photos of the statue had circulated online barely few hours to the visit.

When President Zuma statue was unveiled, other covered statues stood beside that of the South African leader which indicated that more foreign leaders will visit Imo State for the unveiling.

Female Journalists, Others Protest Against Rape In Imo

innonews - September 22, 2018 0
*Aspirants Resort To Various Tactics* "It is A Five Horse Race"- Analyst BY: RALPH EJIMKONYE* Fear of the unknown has gripped some governorship aspirants in the All...