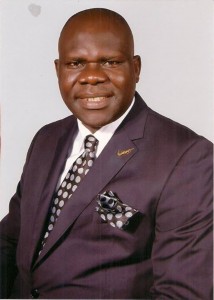 As the 2019 governorship elections comes close, reliable sources have revealed to this online newspaper that Imo State Governor, Rochas Okororcha has commenced the process of empowering his political loyalists.

A source revealed that one of the Governor’s core loyalists, Prof Nnamdi Obiareri, who is a commissioner nominee has been endorsed for Okigwe senatorial position, a position currently held by  Senator Benjamin Uwajumuogu.

Uwajumuogu  was a former Speaker of Imo State House of Assembly. He  dumped Okorocha’s Rescue mission camp for Senator Ifeanyi Araraume, who is running for governorship of the state in 2019.

Obiareri is a core loyalist of Okorocha having served as Commissioner and later Special Adviser on Education.

A Professor of law, he rose to Okorocha’s defence when the opposition attacked the Governor for inviting President Jacob Zuma of South Africa.

It would be recalled that President Muhammadu Buhari had assured APC members that he will soon announce appointments into federal boards, agencies and parastatals.

innonews - November 12, 2020 0
SECG has remained relentless in the pursuit for the actualization of Igbo Presidency in 2023 The South East Coalition...