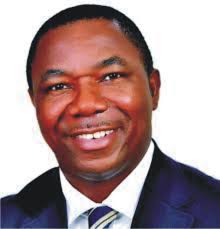 In what appears a veiled move to emerge as the governorship candidate of the All Progressive Grand Alliance, APGA in Imo State, a front line governorship aspirant in the party,Hon.Okey Ezeh has made a bold move to capture the soul of the party.

Ezeh was at the APGA State Secretariat yesterday where he doled out millions in a cash strapped party, 27 vehicles and hundreds of bags of rice to party faithful.

APGA in Imo State had lately witnessed an upsurge of new entrants which joined the party to revive their ailing political careers and run for various political offices in 2019.

Addressing party members at the party Secretariat in Owerri,  Mr. Ezeh restated his unflinching faith in the APGA philosophy of ‘onyeaghala nwanneya’ and enjoined them to keep faith with the Party.

He said APGA is the only Party where the rich share with the downtrodden and an uncommon platform which imparts a sense of selflessness and sacrifice to its members.

Ezeh is making a second return to the Imo State  governorship contest on the APGA platform. He had engaged in a fierce battle with Capt.Emmanuel Iheanacho for the party’s ticket in 2015.

He has consistently proffered several ways to salvage Imo State from economic ruins with his Imo Marshal plan, a blueprint aimed at placing the State on the pedestal of economic prosperity and progress.

At the moment, he has more than one contender in the contest with some political heavyweights joining APGA to seek for the party’s governorship ticket.

Prof Protus Speaks On Building A Secured And Happy Society

innonews - March 15, 2020 0
A university don and social crusader, Prof. Protus Nathan Uzorma, has called on the agents of government and members of the society...

innonews - October 19, 2017 0
PRESS RELEASE# Nigeria is to strengthen relationship with Japan on Nano Satellite technology and Space exploration as part of its economic diversification policy. Speaking when the...