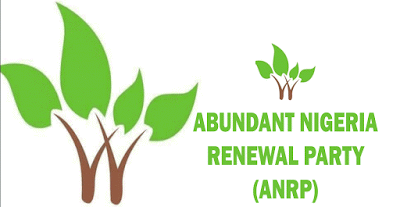 The Abundant Nigeria Renewal Party, ANRP have elected new leaders and party officers to pilot the affairs of the party in Imo State.

A 12 man executive was elected to run the affairs of the party at its congress held in Owerri.

The Congress was attended by 64 official delegates and were accredited by the party’s electoral committee led by the Chief Electoral Officer, Barr Ebere Nwankwo.

The Congress produced Mr. Chibuike Nwachukwu as the State Chairman of the party.Prof Alphonsus Ekwurike from Owerri North Local Government declared his intention to run for the office of the Governor of the State.

In his remarks after the Congress, leader of INEC monitoring team, Barr Victor Nwokeabia said he is satisfied with the outcome of the exercise describing it as free, fair and credible congress ever conducted in recent times in the State.

National Secretary of the party, Barr Eberechukwu Okonkwo said the party is poised to take over power from the APC at all levels of government including Imo State. He described ANRP as a political movement that has come to restore the hope of the people.

Others are:Mrs.Ndidi Amaka Eze,who was duly elected to serve as Secretary Gender Balance/Youths Development, Mazi Lemuel Osmond Chima was elected as the Secretary for Strategy, while Hon.Chidozie Chukwubuike emerged as the Party Spokesman.

Also Hon.Comr.Ihunyere Chima Solomon was ably elected as the party’s Information/Social Engagement Officer, Mrs.Tochi Nzeribe was elected to serve as the Party’s Treasurer, Hon.Chief Bonaventure Nwaigwe elected as the Secretary Intelligence and Mr.Onyekwurunkeya Onyeukwu was elected the Deputy Secretary for Strategy.

innonews - May 9, 2021 0
There are feelers that Governor Hope Uzodimma, may carry out a massive clear out of officials of his administration by relieving some...

Okorocha Reveals Why INEC Should Not Withhold His Certificate Of Return

Open Letter To Senator Sam Anyanwu:”Before Your Reputation Is Maimed”

innonews - January 10, 2019 0
I bring you goodwill and greetings most Distinguished Senator. Indeed it is a new year and I use this medium...