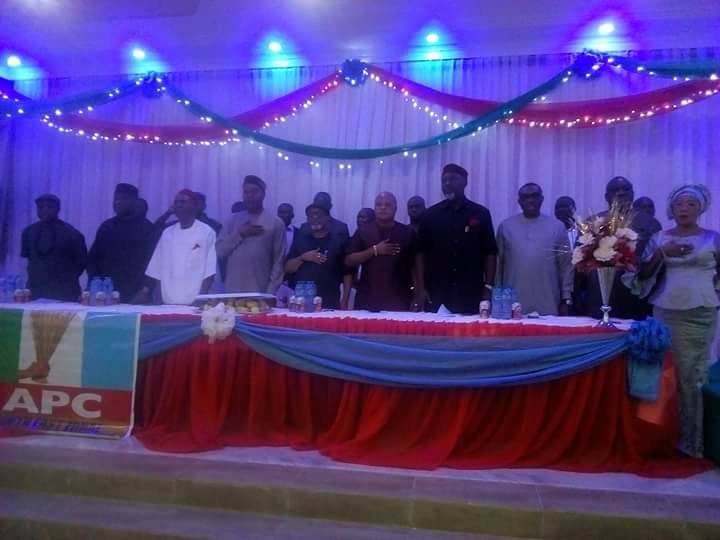 Chieftains of the All Progressive Congress, APC in the South East geo political zone are in Enugu for a stakeholders meeting. Almost all party leaders, party chieftains and governorship aspirants mainly from Imo State were present at the meeting.

Among those in attendance include Minister of Science and Technology, Dr.Ogbonnaya Onu, his Labour and Employment counterpart, Chris Ngige. Members of the South East Zonal Executives led by Hon Emma Eneukwu were alos present at the meeting

Governorship aspirants of the party in Imo State on the party’s platform also attended the meeting. They include Senator Ifeanyi Arararume and Sir Jude Ejiogu.

Imo State Governor, Rochas Okorocha was absent while His Deputy who is also in the governorship race, Eze Madumere was present.

Details of the meeting were sketchy as at press time but it was gathered that recent political developments in the party especially the forthcoming congresses and national convention was part of the agenda of the meeting.