The Imo State Police Command, Owerri has said in view of the lingering controversies surrounding all APC Congress elections in the State, the Command has received an Order from the Federal High Court of Nigeria in Owerri Judicial Division ordering “ that all parties in the matter should maintain status quo anti bellum until the determination of existing suit”

A statement signed by DSP Andrew Enwerem, the Command Public Relations Officer, PPRO said while conceding the APC Congress as internal party affair, the State Police Command is determined to ensure sancrosanticty of security and safety of Imo State”

He warned that any person or persons whose aims and objectives are to cause mischief and breakdown of law and order in the State will be death with decisively in accordance with the laws of the land. 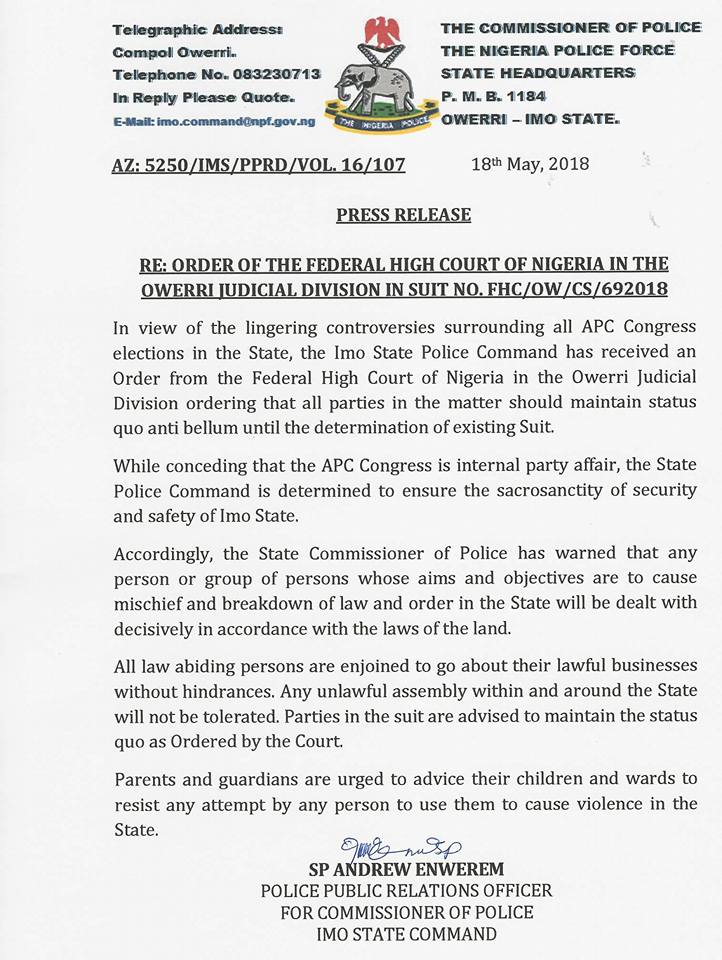 innonews - January 25, 2018 0
The intention of Senator representing Imo East ( Owerri Zone) has received a major boost with the vow of beneficiaries of  his skill acquisition...

innonews - May 27, 2021 0
*Lawmaker Shows Quality Representation* A culminating rift by the Azaraubo community against the Imo State Government was quelled in...