Home Viewpoint Pride Of Imo Or Landfill Site: A Trip To Alaba Market. BY... 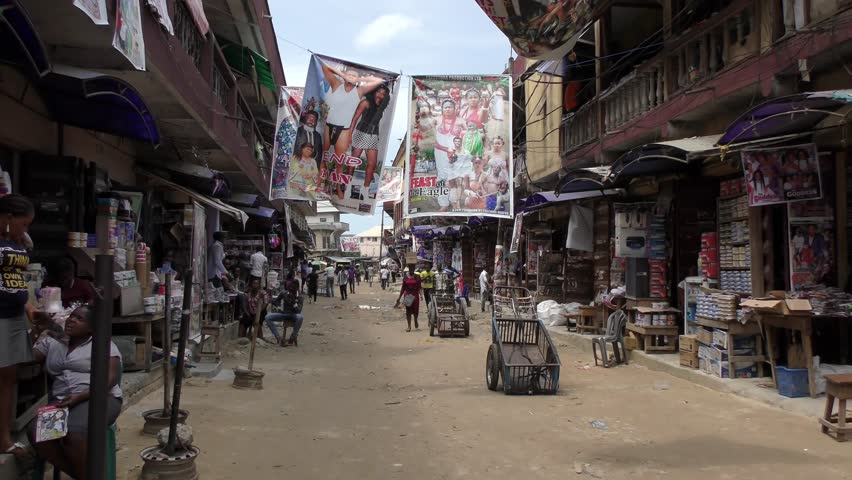 Alaba market is the great new market of Imo State – a multidimensional marketplace where shoppers can find almost anything and everything their heart desires. From common farm produces to hi-tech computer products, and much more. I was sold at ‘multidimensional’!

The story of Alaba market began in Lagos State, a few years ago. Prominent marketplaces in Lagos like Alaba and Ladipo were regularly shut down by the government because of the unsanitary disposal of waste by market operators. The regular clashes between the State government and market operators caused great losses to market traders and the Lagos State economy. It became such a big issue that Imo State governor, Rochas Okorocha intervened to broker peace between the cashing parties.

A few years later, Owerri’s Alaba Market in Imo State was conceived and commissioned. This was an excellent initiative by the Imo State governor and investors who made fortunes in Lagos’ Alaba market. At this point, it was very well known that the issue of unsanitary waste disposal causes major disputes between the government and market traders, so it was of utmost importance that the same situation must not be repeated in Owerri’s brand new market.

A comprehensive waste management plan would have been at the top of the agenda when designing Owerri’s Alaba market. To find out if this plan is working, let me tell you my story…

*My Story*
My journey began at Wetheral Junction, where I boarded a bus in the direction of Poly-Iheagwa. I notified the conductor of my intention to get off at Alaba Market bus stop. On arrival, it wasn’t immediately clear that there was a major market here. I looked around and spotted a massive billboard reading ‘Alaba Naze – The Pride of Imo’ along with a smiling picture of Governor Okorocha Rochas – this was reassuring.

I followed the flow of people heading along a muddy unpaved road typical of Imo State’s deprived areas. Cars drove along slowly, meandering their way through massive puddles of standing water. The footpath to the market to me right past a bulging landfill site just outside the market. This massive dump along the road-side was simply unmissable – it was my first significant experience of Alaba Market. Any fantasies of a game-changing marketplace better than any other in Nigeria quickly vanished.

*A landfill site greets every visitor to Alaba market*
The growing landfill site right at the entrance of Alaba Market is very disturbing. I stopped at the market gate to find out the market traders’ opinions on having this dump at the entrance of their brand new market. An elderly market trader seemed to be more concerned about his personal stall and complained that many other traders dump their trash just behind his stall at the end of every day. According to his testimony, the large pile of trash was once up against the walls of the market entrance.

He had made a formal complaint to security who endowed him with the authority to instruct traders to dump their rubbish roughly 10 meters away, at the larger pile of rubbish that was still clearly visible from the market gates. This was a small personal victory for his own trade, but a growing landfill site still greets every visitor to Alaba market.

I asked if the market managers had provided any large dustbins for traders to use in disposing of their trash. At least that way, the trash would not simply sit outside in the open causing an eyesore. I quickly learned that the management had done no such thing. The majority of market traders I met seemed completely okay with the lack of dustbins. Instead, as the landfill grows, parts of it are set on fire to create more space for incoming trash.

It seems amazing that such a massive market could have been commissioned and built and that not a single person had ever considered the need to place dustbins at a designated site so that market traders can dispose of their rubbish properly. Similarly, there are no smaller dustbins for market-goers to throw their small-scale trash into. It is clear that no lessons have been learned from the troubles in Lagos State. Rather it has become part of our culture that trash and waste belong on the floor, at the entrance to ‘The Pride of Imo’.

*Clean Up Imo*
Some simple measures can be taken to clear off the landfill site and ensure a clean and tidy entrance to the market. First, the current landfill site at the market entrance must be cleared and removed completely. It must be kept clean so that no single trader feels that the road to Alaba Market is an appropriate location for rubbish disposal.

Third and finally, there must be stringent enforcement of the market’s waste disposal policy – rubbish must be placed inside the dustbins provided, and not outside on the floor. Security officials already have the power to enforce such a policy, but without any dustbins provided then no enforcement is possible. Market traders regularly watch out for one another, and this camaraderie will be a big bonus for keeping each other in check and keeping the market clean.

Without a comprehensive waste management plan, it is only a matter of time before Alaba market grinds to a halt.

Ihedioha: Another Round Of Protests In Owerri,Abuja Over Supreme Court Judgement