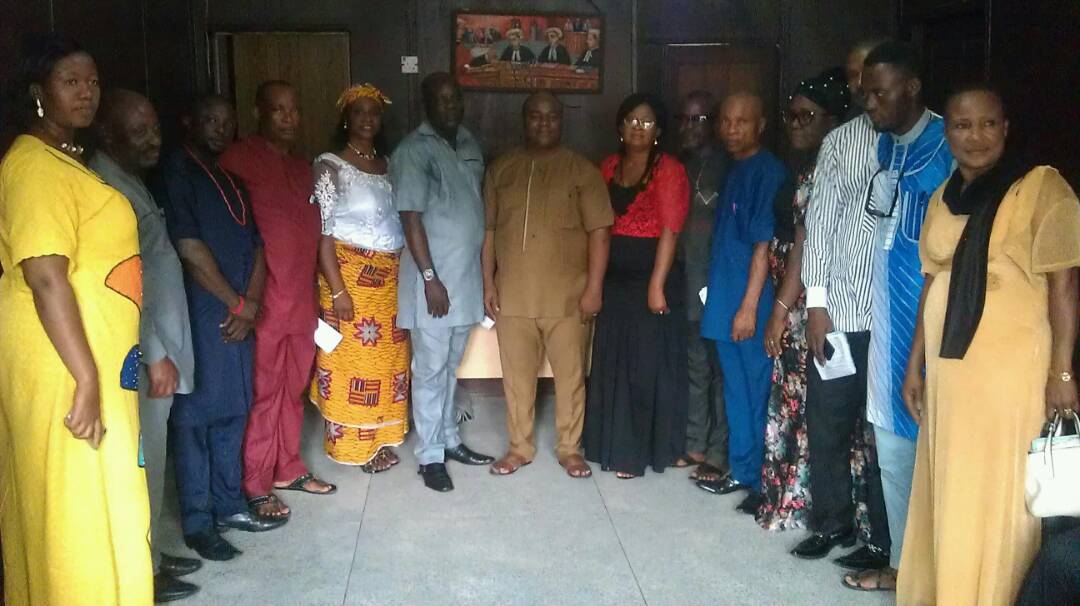 A political group within the confines of the All Progressive Congress, APC in Imo State, the Owerri Zonal Agenda Group, OZAG, has appealed for an Imo State Governor of Owerri zone extraction in 2019.

According to the co ordinator of the group, Amanze Nwadike who led it’s members to Mr.Kachi Nwoga, a former Mayor of Owerri and APC governorship aspirant on a courtesy call, said there is need for justice, equity and fairness in the State.

He said the group is driven by the objectives of uniting all APC governorship aspirants in Imo APC in order to cut down the number of aspirants and to effectively galvanize and canvass support for the next Governor of Imo State.

According to him, only a free and fair party primaries in the APC would usher in Governor Rochas Okorocha’s successor in 2019.

In his remarks, Mr.Kachi Nwoga hailed the group for its objectives and also encouraged them to remain focused, steadfast and target oriented .

While commending the group for its mission in enthroning an Owerri zone Governor, Mr.Nwoga assured that if elected Governor, he will offer quality leadership to the people of Imo State.

“I m calling on the party leadership in the State to apply direct primaries. This would ensure that the most credible and the choice of the people emerge as candidates

“The Governor should guarantee  free and a level playing ground for all aspirants by subjecting all to a test.

“I’m not against the Governor for having anyone in mind as his preference but he should as a father and a leader of the party expose all aspirants to members of the party and allow party members to choose their best choices.

“This would not create room for disagreement after the primaries”:he said.

He called on party leaders to allow free, fair and transparent primaries to take place.

innonews - May 10, 2018 0
*BY BEN UGWU* The last has not been heard over the controversial ward congresses of the All Progressive Congress, APC in Imo State. The Congress...

innonews - June 8, 2017 0
Minister of Interior, Abdulrahman Dambazau, has kicked  against the quit notice to Igbos leave Northern Nigeria issued by a group “ Coalition of Northern...