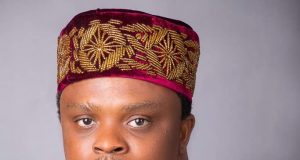 There is an unfolding drama in the Imo State chapter of the Abundant Nigeria Renewal Party, ANRP.

The looming crisis stem from a Memorandum of Understanding alleged to have entered into on behalf of ANRP by the Governorship candidate of the party, Prof Alphonsus Ekwerike.

Reacting on the MOU, the Chairman of Imo ANRP, Mr. Chibuike Oziri Nwachukwu told this newspaper in an interview that there is no such MOU between the ANRP and the legacy party or any other political party in the state.

He said he was not duly consulted by the Governorship candidate of the partybefore he signed the MOU with the Legacy Party.

“As the State Chairman of ANRP, I was not briefed on any MOU with the legacy Party. I was not consulted and the ANRP is not in alliance with any political party in Imo State.  The leadership of the party in the State is not aware of such agreement” Mr. Oziri Nwachukwu said

The State Chairman called on party members to disregard the said MOU, stating that soon the party will speak further on the unfolding development.

innonews - April 3, 2022 0
In the wake of the Insecurity and unrest in the southeast and Imo state as the epicentre, Governor Uzodimma convened stakeholders' meeting...

innonews - September 3, 2018 0
As part of its readiness to capture power in 2019 at all levels and reposition for the titanic electoral battle ahead in Imo State,...

Insecurity: ‘It Is Strange Heads Are Not Rolling’- Senator Abaribe Speaks...

innonews - July 27, 2022 0
Enyinnaya Abaribe, Senator representing Abia South in the Senate, has expressed worry that despite the level of insecurity in the country, no...

innonews - December 9, 2017 0
A bus suddenly caught fire at Ulakwo along Owerri- Aba road. The cause of the fire could not be ascertained as at press time....