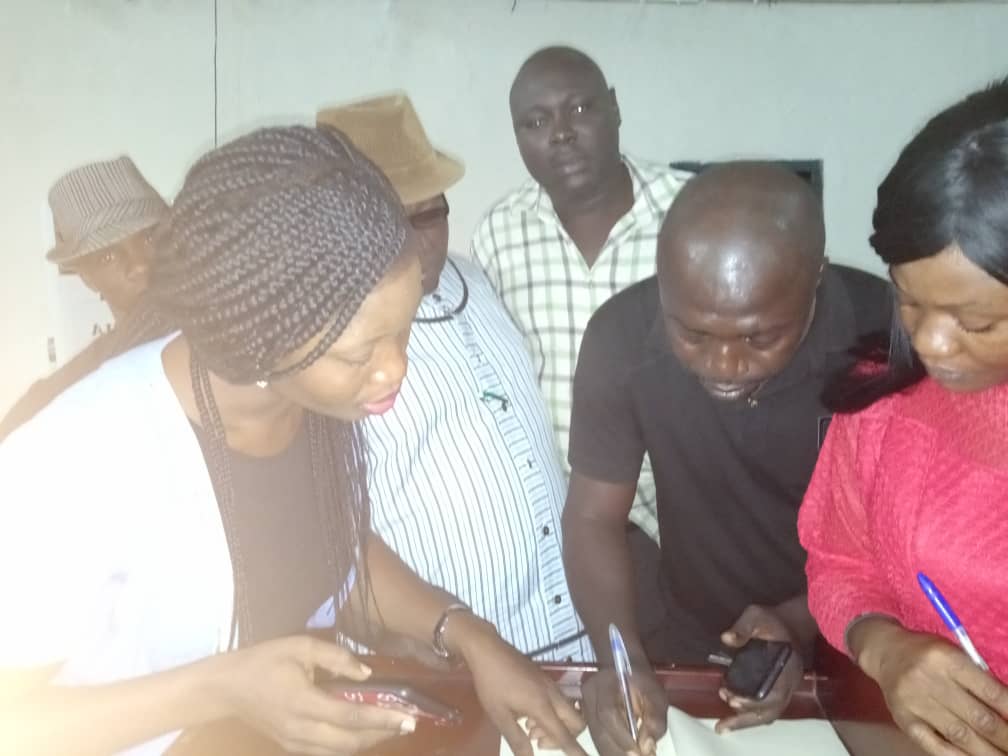 Over 40 Political parties in Ebonyi state have signed an accord where they pledged violence free polls in next year’s general elections. Two leading political parties, the All Progressive Congress, APC and the Peoples Democratic Party, PDP however boycotted the peace accord.

The parties including, SDP ANN, LP, UPP, APGA among others signed the peace accord for the general election during a colloquim organized by IPAC, Ebonyi state  in Abakaliki the state capital on free, fair, no to violence, hate speeches, vote buying and selling. The event was attended by security agents in the state.

The parties  which promised to run issue based campaigns,  pledged to refrain from campaigns that will involve religious incitement, ethnic or tribal profiling.

The parties also promised to refrain from making statements, pronouncements, declarations or speeches that have the capacity to incite any form of violence before, during and after the general elections

They promised to support all institutions of government including INEC and security agents to act and be seen to act with impartiality.

The State Inter-Party Advisory Council(IPAC), Comrade Jennifer Adibe Nwafor had told the gathering that issues of vote rigging, snatching of ballot boxes, vote buying and selling, intimidation, violent protests which resulted to loss of many lives and other form of election malpractices and irregularities had always been the talking points since the return of democracy in 1999 democracy. She said this is the reason why the colloquim was organized to find a lasting solution to it.

“In each of these cases, the fingers usually pointed at us, the political parties; the security agencies, the electoral umpire(INEC),the media and the religious leaders.

“In view of these, the Inter-Party Advisory Council, Ebonyi state chapter in conjunction with our partner NGOs have called all of us here today to chat on this all important matter and I feel there is no better time than now for a meeting of this nature”, she said.

innonews - August 3, 2020 0
BY CONSTANCE EKE, RAYMOND EJIMKONYE The need to be a step ahead, against political enemies in the chess game...

innonews - December 23, 2021 0
There are strong indications that the suspension of three members of Imo State House of Assembly, could be linked to their presence...