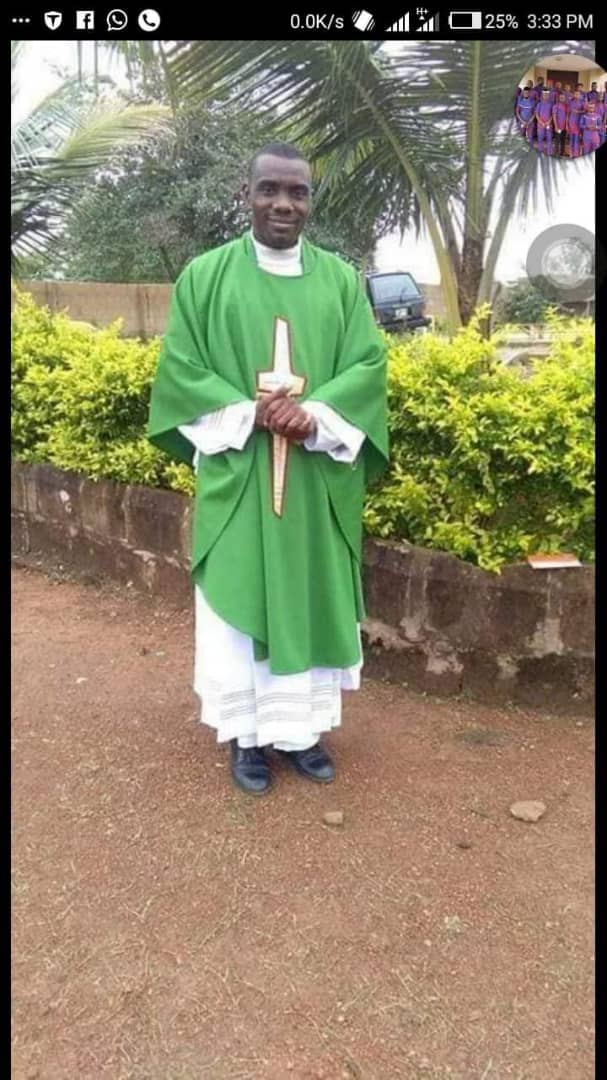 The gubernatorial candidate of All Progressive Congress, APC Ebonyi State, Sen. Sonni Ogbuoji has sympathized with the Ebonyi Catholic community over assault on a Catholic priest.

In his sympathy message sent to the Catholic Bishop of the Abakaliki Diocese, Bishop Mike Nnachi Okoro and the Ebonyi Catholic community, a copy made available to newsmen in Abakaliki by his media aide Ikenna Emewu, Ogbuorji  condemned the assault on Rev. Fr. Matthew Orie.

He decried the manner people are being crushed in the state, alongside the heavy taxation the government of the state is imposing on residents of the state.

“I have on record complaints before the police that officials or better put, thugs of the government, have been junketing all over the city removing campaign posters of the opposition and some of our party members brutalized the same way as the priest”

The APC gubernatorial candidate charged Ebonyi people to stand against impunity and say no to torture, intimidation, heavy taxation and all sorts of anarchy from the present government of the state.

“I therefore urge Ebonyians to rise to the occasion and extricate themselves from this reign of impunity and usher in a new order and government that would respect and uphold their rights”.

Sen. Ogbuoji called on the police to bring the perpetrator to book.

Rev. Fr. Orie was reported to have been beaten up by a Revenue agent of Ebonyi State Government at Abakaliki Rice Mill when he refused to pay a settlement fee of N500 requested by the agent amidst paying the required revenue fees of the mill.

Mimi Orijekwe Shows Off Her Brand New SUV Worth #7 Million

innonews - April 14, 2018 0
A Nollywood actress and mother of one have expressed her gratitude to God over his blessing on her and her daughter who recently celebrated...

Missing Logo: Imo SNP Guber Candidate Reveals What He Will Do

Why Strike Will Continue- ASUU

innonews - November 25, 2018 0
The Academic Staff Union of Universities, ASUU, has said the ongoing strike will continue until the Nigerian government resolve all issues in contention. ASUU had...

Iwuanyanwu Opens Up On Speakership Of 9th Imo Assembly

innonews - May 21, 2019 0
As the inauguration of the 9th Imo State House of Assembly draws near, an incoming member of the House representing Nwangele State...