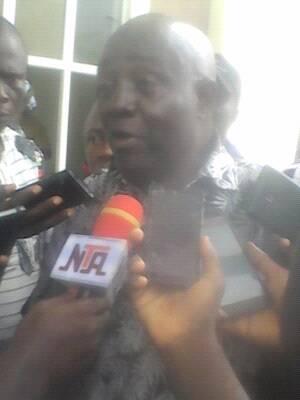 
The newly re elected leadership of the Nigeria Labour Congress, NLC in Imo State has vowed to ensure compliance with the N 30,000 new minimum wage for workers.

Since the President approved the new minimum wage, there have been fears by workers in some States if State Governors will comply.

Speaking shortly after he was re elected NLC boss in Imo for a second term, Austin Chilkapu said Labour in Imo will ensure the implementation of the new minimum wage of 30,000 for its workers.

He said both public and private workers will benefit from the new wage.
Chilakpu vowed that the new leadership of labour in Imo State will in the spirit of unionism defend workers rights and privileges, urging the State government to pay workers and pensioners as justice demands.

He commended workers for being orderly during the election, urging them to continue to be hardworking.

The election was held at Labour House, Owerri where delegates drawn from various Unions from the national body were part of the exercise.

innonews - March 12, 2019 0
Barr Uche Onyeagocha has been released. He was arrested by the Police alongside Barr Steve Asimbobi and...

innonews - January 29, 2020 0
By JANE UKONU Governor Hope Uzodinma, of Imo State has assured workers that they will receive their monthly salaries as...

innonews - June 7, 2017 0
In response to the threat issued by some “ Northern Youths” that Igbos residing in the 19 states of the North should leave the...

APC In Dilemma Over Party Exco In Imo

innonews - December 11, 2018 0
*BY:RALPH EJIMKONYE* The All Progressive Congress, APC may be in dilemma over what to do with the leadership...

innonews - December 22, 2018 0
The immediate past Imo State Chairman of Nigeria Union of Journalists, NUJ, Mr.Innocent Igwe, has been appointed member...