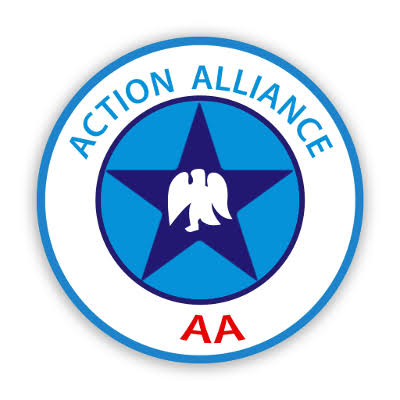 The latest political drama in the Action Alliance, AA may not be over as the party’s National Chairman, Kenneth Udeze has described his suspension as illegal.

Udeze had announced the party’s resolve to support Governor Emeka Ihedioha after the immediate past Speaker of Imo State House of Assembly and Deputy Governorship candidate of the party, Acho Ihim decamped to the PDP.

NAN reports that Udeze said Alhaji Mohammed Abubakar, the Deputy National Chairman of the NTTC could not suspend the party’s executives without adhering to Due Process.

Udeze said that he and his secretary were not guilty of any crime that warranted their suspension and as such remained the official exco of the party.

He noted that the suspension declared by Abubakar was done outside the party’s secretariat against the party’s norms and as such it was insignificant and did not hold any water.

He said that his led NTTC after an extensive deliberation reached a resolution to pass vote of confidence on himself and the national secretary and thereby suspended the nine Abubakar led party executives members over alleged gross misconduct.

This, he said, was in pursuant to the party’s constitution article 14 (2L and M) and article 15 (5a), thereby the suspension of members of the NEC for gross misconduct would take effect from June 21.

innonews - February 19, 2018 0
Some members of the executives of Nigeria Union of Journalists, Imo State Chapter are taking part in the 2nd National Conference of the Nigeria...