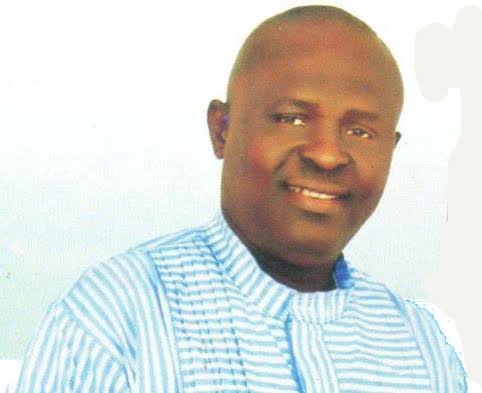 I consider it proper to begin this explanation by referring to the biblical allusion where Jesus told a story about a certain sower who went out to sow seed but when he left the enemy came and sow tare.

The enemy (devil) must have been startled by the good works of the sower and abhorred the expected bountiful productivity, hence he sowed tares (weed) not just to stifle the crop but also to plunder any one that germinates.

The bible tell us that in spite of the devilish works of the enemy, Jesus went about doing good.

The above analogy can be properly situated in the context of our contemporary society where greed, avarice and inordinate quest for material acquisition drive some unscrupulous elements to sow tares in the fertile minds of the unsuspecting.

They devised means to annihilate, obliterate, erase and wiped out any man who stand on their way.

They insist in achieving their plundrous desire even when the means to achieving it runs contrary to societal acceptable norm.

Such people have dead consciences and therefore have little or no regard for proper values and human dignity.

Their greed runs deep and unquenchable.

We can exemplify the description above to the appalling development in Orluzurumee cultural union.

A formidable platform that binds together the 12 local government areas in Orlu zone.

Arguably the only cultural union in recent time across the state that is rooted in grassroots development and populated by best brains.

This includes members of the academia, professionals, technocrats, captains of industry and other right thinking individuals in the society.

This therefore makes it attractive for conmen to drop the name of the union in executing their nefarious activities such as organizing fund raising for fluke projects.

Interestingly, the man at the helm of affairs of this noble union is Ezebube, Chief Emeka Diwe.

Unassuming gentle man whose reputation for transparency and integrity resonate beyond the bounds of this state.

No wonder he is also the National President, Association of Town Union in Nigeria.

His probity and vehement resistance against false pretences that taint the name of the union makes him makeable for destruction by these evil sowers.

Chief Emeka Diwe in his usual impeccable nature has driven the union with openness to the consternation of even the blind.

May it be noted that these virtues did not just emanate from Chief Diwe’s love for the people of the zone, but it is also his second nature.

It is therefore not unexpected that a man of such quintential believe laced with lofty ideas and anchored on desire for natural human progression will surely dazzle the dark heart and irritates people of mundane and iniquitous interest.

No wonder for some time running, Chief Emeka Diwe, his executives and members of Board of Trustee of the union have come under heavy vituperation from marauders in the zone who wanted to appropriate the name of the association for personal monetary gains.

To succeed in their heinous acts, they are hell-bent in soiling the hard earned reputation of Chief Emeka Diwe.

To their warped minds, abuses, aspersions and media attack will silence Chief Diwe who has now become their nightmare.

But the uncompromising President General has continued to overcome their antics by using his natural weapon-humility, to pour hot coal in their hearts.

Chief Emeka Diwe believes that the orchestrated plan to ruin the interest of Orlu people by calculated decimation of Orluzurumee town union will soon fizzle out in the manner that light dissolves darkness.

Most disturbing is the renewed determination by the interlopers to again use the media to denigrate Chief Emeka Diwe and his team.

They perfected the plans through their proxies and hirelings who are mostly youths.

They have concocted 5-points accusation against the highly revered President General which they intend to unleash through the local tabloid and other channels of communications.

Their puerile points including:

These gibberish need not be responded to but for the purpose of those who may not know, I will offer some explanations.

Before I do that, it is important to advise those our youths who allowed themselves to be used by these enemies of progress to smear the character of innocent people to desist forthwith.

Whatever one sows that one shall reap.

Now to address these drab points; let me start with the fallacious issue that Chief Emeka Diwe is not the PG of the authentic Orluzurumee cultural union.

This is arrant nonsense. For the avoidance of doubt, Chief Emeka Diwe led Exco was elected in 2012.

Owing to their outstanding performance, they were re-elected in 2016 when Chief Diwe contested against Ikwubuo and defeated him with 300 votes.

It was widely publicized.
Among the Excos are Hon. Chidi Mmeremikwu, publicity secretary, Elder Chineye Chukwukere secretary while Nze Simbo Okafor functions as the Organizing secretary.

The Board of Trustee (BoT}, men of great accomplishment in their various fields, is headed by Prof Francis Dike {SAN].

The above explanations show that those who say that Chief Emeka Diwe is not the authentic PG are hallucinating.

They are wishful thinkers.
Again, the argument that he championed the clamped down of a Polytechnic is a lie from the pit of hell, because no Polytechnic exist in the first place.

It was a scam led by one Rueben Okoro who was suspended from the union for his various criminal activities on Nov.2015.

He organized a Kangaroo cultural day to swindle people of millions of naira for a phantom Polytechnic.

His rejection by the people was published on 27th May edition of WATCHDOG newspaper.

It is evidently correct to say that since the suspension of Rueben Okoro he has gone berserk, and strongly behind the barrage of spurious media attack on the leadership of Orluzurumee.

The third point is that Chief Emeka Diwe has no recorded achievements as the PG. It is quite unnecessary to dabble into this specious point.

However, let me quickly say that without the PG and his team, Imo State University Teaching Hospital Orlu would have been relocated to unknown destination by the past administration.

As the President General, Chief Emeka Diwe established the Orluzurumee Mass Transit and embarked on so many empowerment programs.

His massive awareness campaign on electoral particiaption cannot be rival.

Another issue they raised was that the PG Orluzurumee is a wolf in sheep clothing.

These points are better left to the judgement of the good people of Orlu zone.

Like I said earlier, Chief Diwe’s integrity and transparency traits are innate.

Whether he is a “sheep” or a “goat” is a matter that will be decided at the court of public opinion.

To assume that Chief Emeka Diwe, the President General of Orluzueumee cultural union is not acceptable to his people is at best idiotic.

Is it not on the basis of his wide and merited acceptability that he and his team were re-elected for another term?

In conclusion, I wish to advise these renegades to apologize to the leadership of Orluzurumee and seek forgiveness.

Perhaps, they will be forgiven and accepted back into the fold.

innonews - December 1, 2017 0
The December 1,2017 deadline issued to Keke Operators by the Imo State Government to cease plying streets and major roads in Owerri may not...

innonews - September 30, 2017 0
BY COLLINS UGHALAA# It is surprising that after a period of one month, Senator Ifeanyi Araraume, through his spokesman, Awurum Darlington, and one Prince Chinyochaobi,...