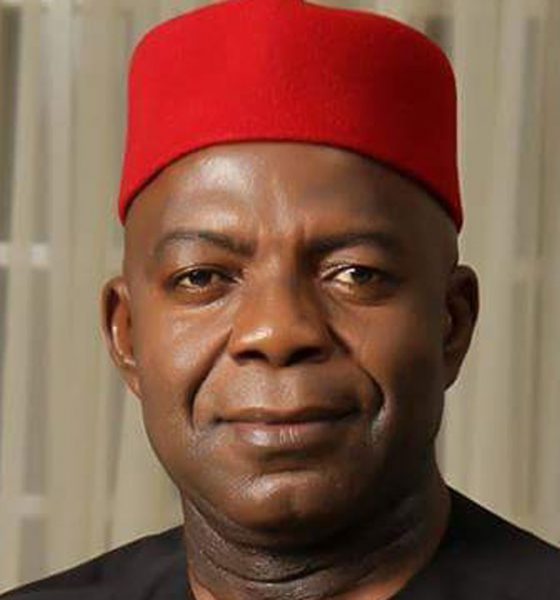 The Governorship Candidate of the All Progressive Grand Alliance, APGA in the 2015 and 2019 governorship election in Abia State, Dr.Alex Otti, has been slammed an indefinite suspension by the party, the News Agency of Nigeria, NAN reports.

He was accused of equipping his political machinery, Abia First, to harass party officials and create divisions in the party.

The suspension was contained in a statement jointly signed by the Chairman and Secretary of the party, Rev. Augustine Ehiemere and Sunday Onukwubiri, and made available to newsmen in Umuahia on Monday.

Otti was accused of indulging in illegal and unconstitutional activities as well as acts of insubordination to the party leadership, which “undermined the principle of party supremacy”.

It stated that the governorship candidate proceeded to the election tribunal after the 2019 poll “in the name of APGA without the consent and approval of the party.”

The statement read: “Otti’s Abia First was set up and equipped for the sole purpose of using it to display political force, harass party officers and create divisions in the party.

“It is also for the promotion of his selfish and personal political objectives against the interest of the party.

“Otti is hereby suspended indefinitely from the party with immediate effect, pending the hearing and determination of his case by a disciplinary committee to be set up by the party in the state.”

The party urged the public and institutions to take note of the suspension “and desist forthwith from having any dealings with Otti in any capacity as APGA member or representive in any capacity in Abia or elsewhere.”

The party also announced the expulsion of Chief Nkem Okoro, the Chairman of a faction of the party loyal to Otti, for alleged anti-party activities and breach of the party’s constitution.

News Agency of Nigeria (NAN) reports that the party copied the National Working Committee of the party, Independent National Electoral Commission and security agencies in the statement.

innonews - September 23, 2019 0
BY: CAJETHAN IKE There is tension among Chairmen of Interim Management Commitees of the 27 Local Governments in Imo...

innonews - December 22, 2020 0
The remains of late High Chief Igbokwuagharia Eugene Chilaka, son of the Paramount Ruler of Mbaise, Chilaka Ukpo will be laid to...