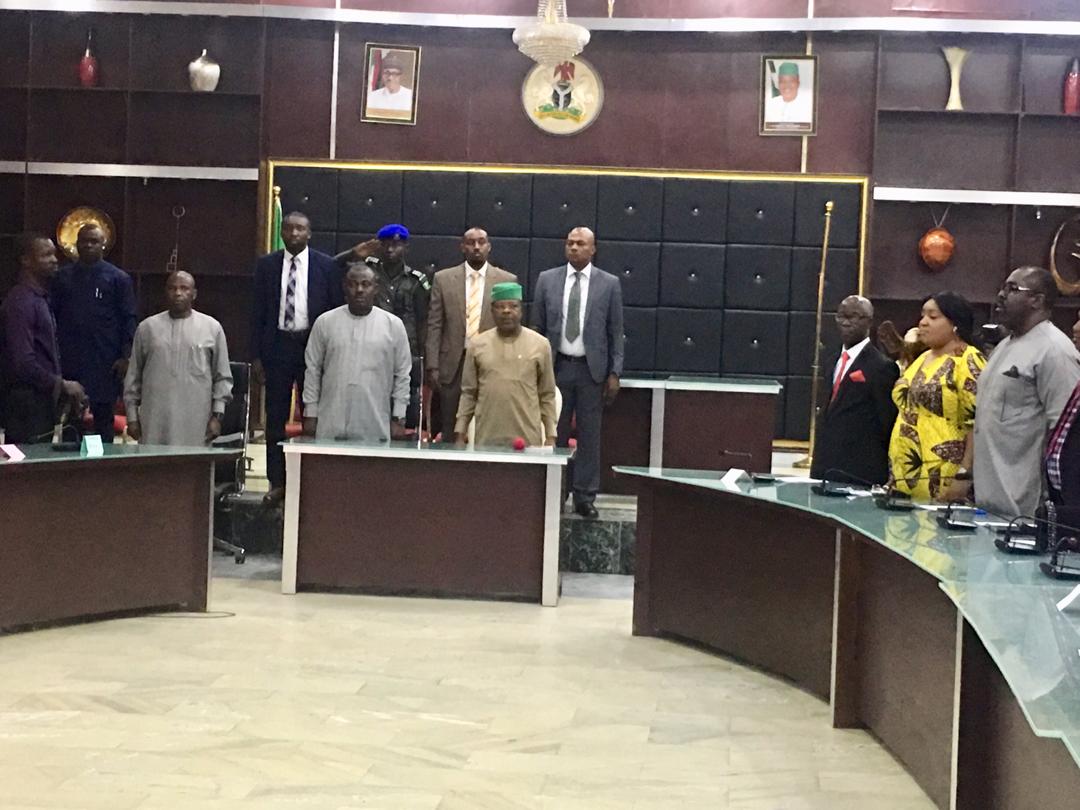 As part of moves gated towards holding local government election in Imo State, members of the State Independent Electoral Commission, ISIEC, has been inaugurated by Governor Emeka Ihedioha.

He performed the swearing in ceremony at the Executive Chambers, Government House, Owerri.

The Commission is headed by Barr.Julius Onyenucheya and is made up of six members.

Governor Ihedioha had assured that local government elections will be held in six months time.

He had constituted an Interim Management Commitee, to run the affairs of the Councils pending when elections hold.

innonews - January 30, 2019 0
Manchester United are reportedly said to have agreed to sell mid fielder, Maroune Fellaini. According to Metro UK,...

innonews - July 4, 2019 0
The exit of Eden Hazard from Chelsea to Real Madrid will not affect the London club as new manager, Frank Lampard, says he is...

The Destiny Of Every Prayer. BY PROF PROTUS UZORMA

innonews - May 12, 2020 0
Who is the one that says God does not answer prayers? He is the one who does not understand the primordial essence...