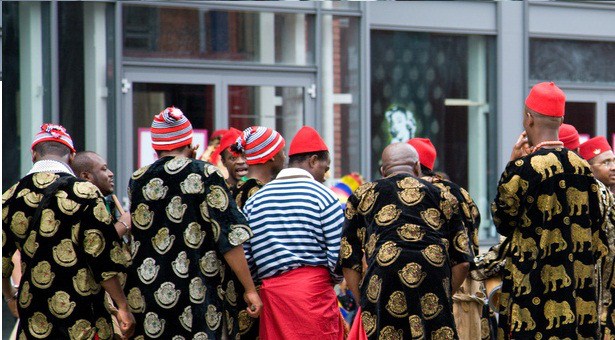 Recently the apex Igbo socio political organization, Ohaneze Ndi Igbo, advised South East politicians to begin now to prepare for the 2023 presidential race. The group further advised they begin to reach out to other political blocs in order to realize their ambitions.

According to Chuks Ibegbu, Deputy National Publicity Secretary of Ohaneze, he said the call is borne out of the need to get the zone poised for future political permutations.

Part of the statement reads “We call on all presidential materials in Igbo land to begin early enough to build networks with political blocs, groups and individuals in other zones of the country in preparation for future political permutations

“Ohaneze believes and maintain that it’s just and fair after the North for power to shift to the South East” he declared.

The renewed call by Ohaneze is coming on the heels of serious interest in the 2023 presidential race by the South West especially from the zonal chapter of the All Progressive Congress, APC. APC National Leader, Asiwaju Bola Tinubu, has been speculated to be interested in the contest in 2023.

Though he has severally denied the claims, political analysts say his body language indicates he may be eying the nation’s number seat after all. If this speculation remains so, then it put the South East in a tight corner to produce the nation’s president after President Muhammadu Buhari ends his tenure in 2023 considering the fact the South West is the stronghold of the APC.

The APC do have sorry presence in the South East and this could pose a hindrance For the region to firmly argue for the Presidency within the confines of the ruling party.

In the 2019 elections, it managed to garner about 400,000 votes for President Buhari allowing the Peoples Democratic Party, PDP to hold sway in the region. It’s only stronghold in the region, Imo State also crumbled to the PDP. This also affected it’s chances to produce a single principal officer of the 9th National Assembly as the APC failed to field a South Easterner for any of the key positions of the National Assembly.

The call by Ohaneze might be a wake up call but for Igbo leaders in the APC scrambling for such position, it might be a herculean task.It is expected that the ruling party in line with the tenets of fairness and equity, should consider the South East for the Presidency in 2023 by the time President Buhari completes his tenure.

But worries have arisen how the APC has marginalized the region in areas of appointments which signpost the fact that it is not keen to hand over power to the region in 2023.

Mr.Ferdinand Anyanwu, a political analyst said the APC has shown by its action that it may not be keen to hand over power to the South East in 2023.

“Judging by the fact that the no one from the South East holds a key position both in the Executive and legislative arms of government, it is an indication that the 2023 presidency coming to the region is elusive on the APC platform

Mr.Chris Okebata, a chieftain of the party argued differently. He said Nigeria stands on a tripod and it flows that the South East should produce Nigeria’s President in 2023. irrespective of the political platform that wll aid in actualizing this mission

“It is the turn of the South East in 2023. It is a golden fact.Ohaneze should be commended for that wake up call to South East politicians to begin now to prepare and reach out to other political blocs.

“It is not proper for anyone to allude that the ruling party will not consider the South East for the Presidency in 2023.

” If you move around the region, President Buhari has done a lot in areas of Infrastructure. Look at the Second Niger Bridge, it’s nearing completion. So many Federal projects are either ongoing or being rehabilitated in the South East

“I think no Igbo has been appointed in the inner circle of the Federal government because we voted poorly in the last general elections.

“You do not expect juicy appointments to come to a region who did not vote for the ruling party. Naturally, those who voted and brought the government to power, takes the big share of the appointments. This is not peculiar to Nigeria alone. It happens in the civilized world.

“It is a different story when you are talking of power shift. It is clear that it is the turn of the South East to produce a President after Buhari

“That is a fundamental issue that touches on the political firmament of the nation.Whether we voted for the APC or not, it is not an issue when we talk of the Presidency moving from one zone to the other.

“We must understand that power is never given, but taken. We cannot say because it is our turn, others will not go for it. That is a wrong assumption and we must come out of that cocoon. When the Presidency was zoned to the North, there were presidential candidates from the South and vice versa.

“Because it is a major issue, the South East will be in contention in 2023. The argument that the South East did not vote for the APC therefore we do not stand a chance to produce a President on its platform is neither here nor there.

“Obasanjo was elected President in 1999 on the platform of the PDP despite the fact the Alliance for Democracy, AD was in control of the entire South West States. So what is the difference then and now.

He said Ohaneze deserves commendation for the wake up call, insisting that it is only the ruling party that has the political firepower to achieve a Nigerian President of Igbo extraction in 2023.

He added that Igbo have their finest in the APC and one of them should be considered for the Presidency.

Mr.Frank Emetcheta however advised that the South East should not rely on the APC as the only political platform that will convey Igbo to the Presidency in 2023.

He said ” The South East is a stronghold of the PDP. We are at peace with the party. This was evident in the last two elections where the people overwhelmingly voted for the PDP. It is the only platform our people have embraced.

” It is a fact that the APC government has failed. The only State, Imo controlled by the APC in the South East also failed. This was evident in the last elections. APC could only garner 400,000 votes compared to over 3 million votes the PDP got. So you can see that if Igbo must produce a Nigerian President in 2023, then the PDP is the right platform” he concluded.

Mr.Reginald Igwe, said political platforms are not the first priority for the South East in the quest to have a Nigerian President of Igbo extraction in 2023.

” We must engage in handshake across the Niger. This is the most paramount. APC or PDP is not the issue. We must get the support of other ethnic groups and align with other support bases. This is key for now. Then we can take it from there.

SAPZ: Uzodimma Leads 3 Govs For Meeting With AFDB President In...

innonews - January 26, 2022 0
Governor Hope Uzodimma has pledged the commitment of Imo State to the highest standards in infrastructure and management that would be required...

innonews - March 28, 2022 0
BY CHIJIOKE ANYANWU The much talked about National Convention of the governing All Progressives Congress, APC, has come and...

innonews - December 29, 2019 0
Imo State is holding a Diaspora Summit, January 3, 2020 as part of series of efforts by the present administration to...

innonews - January 29, 2018 0
There is some sort of frenzy in the Rescue mission camp of  Governor Rochas Okorocha and the entire All Progressive Congress, APC over reports...