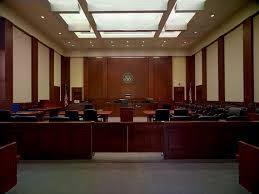 It promised to communicate all parties involved date of the judgment.

The trio of governorship candidates of the Action Alliance, AA, Ugwumba Uche Nwosu, Senators Hope Uzodinma of the All Progressive Congress, APC and Ifeanyi Araraume of the All Progressive Grand Alliance, APGA are up against the declaration of the Independent National Electoral Commission, INEC of Hon Emeka Ihedioha of the Peoples Democratic Party, PDP as winner of the March 9, 2019 governorship election in Imo State.

This newspaper observed that in cabs, buses and eateries, the matter was at the forefront of discussions.

A chieftain of the Peoples Democratic Party, PDP who spoke on condition of anonymity said he is optimistic because according to him there is no cause for alarm

“ Whether the ruling will be favourable or not, the matter will get to the Court of Appeal, but in all I remain upbeat and hopeful.

Presidential Visit: Uzodimma Thanks Imo People For Honouring Buhari With Their Presence

innonews - October 14, 2017 2
There have been mixed reactions on the visit of President Jacob Zuma of South Africa to Imo State. Zuma is on a two day visit...

innonews - November 13, 2018 0
The Speaker of Anambra State house of Assembly, Rt Hon Rita Maduagwu has been impeached on Tuesday. Maduagwu was impeached by 22 out of 30...