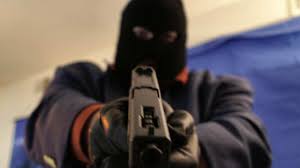 As executive members of Police Assistance Committee, PAC, Imo State chapter was formerly inaugurated on Thursday, at the Headquarters of Owerri Municipal Council, the National President of Police Assistance Committee, Dr. Oni who was represented by the National Coordinator, Tony Nwabekee, advised members of the public to give accurate and timely information to security agencies to enable them fight crime.

Also, he charged the exco of PAC to always follow the rules and regulations of the organization to help the police and other relevant security agencies to curb crime in the State.

The President while reminding that PAC has, been partnering with police over the years, hinted that PAC Office in the State is equipped with ICT to aid their work.

Oni hinted that “PAC, which exists across the country, has been faithful because we are well organized and we are bent to ensure we support the police on effective community policing”.

In his speech, the Imo State Commissioner of Police, CP Rabio Ladodo, who was represented by the Chief Superintendent  of Police, Adamu Danjuma, charged the Officials of PAC to enliven their duty of assisting police to maintain peace and order across in the society.

Ladodo who urged PAC members, traditional rulers and the public to often give useful information to the appropriate Police Officers to help the police fight crime to standstill, assuring that police will not fail to give PAC needed cooperation to achieve success.

Earlier, in an opening remarks, IMC Chairman, Owerri Municipal Council, Hon Ebere Chukwuemeka, who was represented by BC Ugboaja, Director of Administration and General Service, encouraged PAC to continue to help police maintain law and order, remarking that crime has reduced at Douglas and its  environs courtesy of effective  policing encouraged by government.

In his inaugural speech, Imo State Commandant of PAC, Hon Eze Benjamin Nnanna, promised they will work in accordance to the law of the State to assist police secure the environment effectively.

Nnanna enumerated that “PAC needs #10m  to finish their Office of Computer Training Center and pay staff working in the Office, needs 27 motorcycles which will enable PAC LGA Commanders discharge their duties actively at the various LGAs, PAC needs 12 buses or hilus to aid the State and LGAs carry out their work  efficiently, diligently and effectively for peace and security”.

Some Officers of PAC inaugurated include, Okorie Harvey C (Bishop), Steven Anokueme, Isu Divisional Head, Dr Charles Njoku and Hon Kingsley Nwahiri, PRO  who noted that PAC having been in existence for over 10years has the primary objective of assisting police to combating crime through effective partnership and appreciated people for coming to the event which he described as memorable.

PAC used the medium to give award to some persons like HRM, Eze Prof Paul Amaobi, traditional ruler of Obibi Uratta Ancient Kingdom who was the Royal Father of the Day, Eze Dr Steven Okeke, Eze Philip Uzodinma and Dr Goddy Esom Obodo and others on their contributions to the peace of the State.

Jungle Justice And The Blood Of The Innocent. BY CHUKWUDI SOPURUCHI

innonews - February 15, 2018 0
Life is the most precious gift that every living creature (both human and animal) cherishes most. This precious gift is guarded jealously against anything...

innonews - August 8, 2018 0
The Duchess of Sussex, Meghan Markel politely declined the next month’s Emmy Awards when she was invited. It was assumed that the invitation was a...