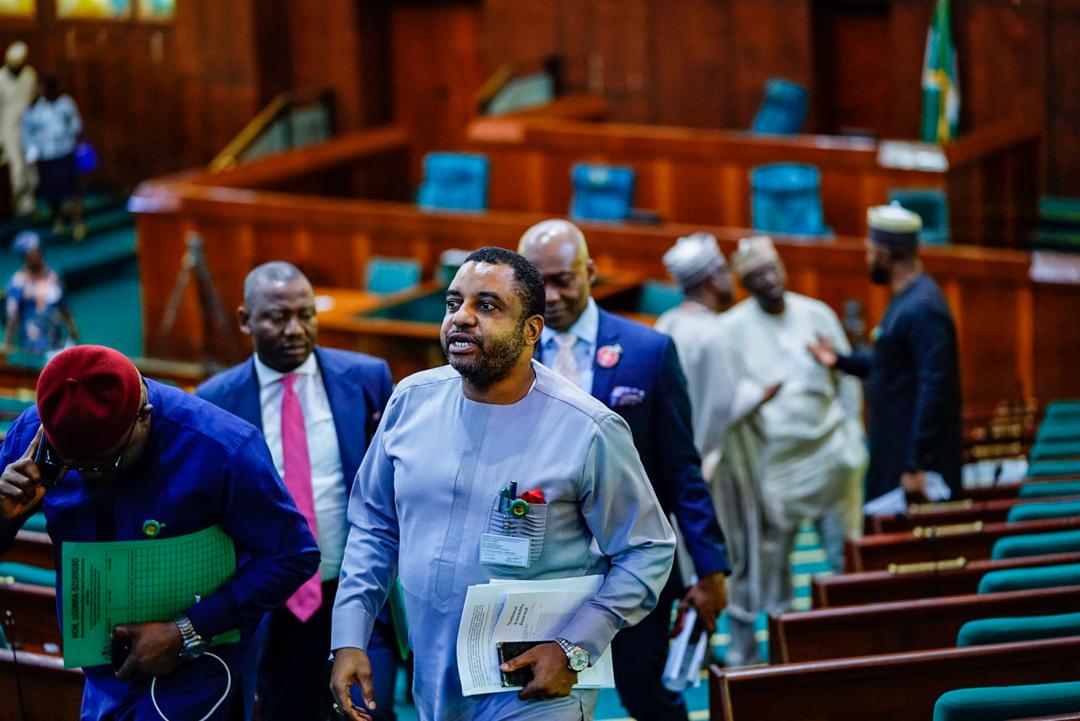 Sometime in June, 2019, I wrote an open letter to the incoming Ahiazu/Ezinihitte Mbaise Federal House of Representatives Member – Hon. Emeka Chinedu, to congratulate him for his victory and welcome him to the Green Chamber. I also encouraged him not to panic for being sent to Court by his predecessor, which I tagged as “absolutely immaterial”. Like I mentioned in the letter, I joined thousands of other well meaning sons and daughters of Ahiazu/Ezinihitte Mbaise who perceived from his body language, his good intentions for competent representation in our Federal Constituency. And I stated my worry, which was about those planted around the corridors of power who seem to have their own idea of what good representation must entail. And for that reason, I encouraged him to make sure his foot is heavy into the ground like an Astronaut walking on the Moon.

Long before his victory, the good people of Ahiazu/Ezinihitte Mbaise were frantically searching for a better representative. It was very unfortunate that such sort of error was becoming constant (like my Physics teacher used to lament) in Ahiazu/Ezinihitte Mbaise Federal Constituency and needed urgent address before it becomes the performance of Representatives in our Constituency. I went further to encouraged him never to leave anyone in doubt that he means business even in the face of persecution. I conclusively reminded him that his re-election in 2023 depends on his commitment and competence.

From what is now unfolding in, there are indications that Hon. Chinedu is not only prepared for the job, but eager to fully represent. I had appealed that the good people of Ahiazu/Ezinihitte Mbaise should pray for and also give him full support to succeed. Looking at his calmness, both the opposition and a few doubting Thomases never believed in him. But with what is on ground now at the Green Chamber, Hon. Chinedu is gradually disappointing all the doubting Thomases, as he is seriously setting the pace for other first-timers by moving too fast with accomplishments than expected.

But with gradual observation of things, and the behavior of their Representative at the Green Chamber, who keeps to his words, the love and regard for which Ahiazu/Ezinihitte Mbaise people are known towards their cherished Representative have returned in full.

Good representation is all about example! Hon. Emeka Chinedu has “conquered” Ahiazu/Ezinihitte Mbaise and the Green Chamber with his simple style of Representation; his wisdom and intelligence, accessibility, simplicity, eloquence and vibrance. As a calm and coolheaded young man, some people never believed he could be so vibrant and eloquent at the National Assembly. As a matter of fact, Hon. Emeka Chinedu has been termed “Voice of the voiceless” by Nigerian students and their parents for calling on the Federal Government to stop Acceptance Fee collection by the Nigerian Universities. Members of of Law Students Association of Nigeria (LAWSAN) even commended Hon. Chinedu who moved the motion for scrapping of Acceptance Fee paid by students who are offered admission into various institutions.

As a vibrant, wise, intelligent and people-oriented leader, he did not stop there. Hon. Chinedu has also pushed a Bill for Federal Facilities Management Agency, which has just passed the first Reading at the National Assembly. This particular Bill will help promote maintenance culture in Nigeria society as majority of our public facilities/establishments are in total decay. He also championed the debate on the floor of the Green Chamber of National Assembly, on a Bill for an Act to amend the Constitution to make provision for Free and Compulsory basic education in Nigeria, sponsored by Rt. Hon. Femi Gbajabiamila. On same gear, Hon. Emeka Chinedu has also moved a motion on the Need to Curb the Consumption of Alcohol by Underage Youth in Nigeria, which is very important for a guided society. There should be enforcement to such law in order to help our teenagers. He has also moved a Motion on the Need to Curb the Rising Incidences of Building Collapse in Nigeria. Everyone knows very well, how lives and properties have been loss so far on building collapse in Nigeria. As a matter of fact, he has shown his competence in vibrance, eloquence and intelligence just within his first seven months at the Green Chamber.

How else do we know a vibrant, eloquent, wise and intelligent representative?

#Say NO To Politics Of Bitterness, Hatred, Greed And Desperate In Ahiazu/Ezinihitte Mbaise.

This as a matter of fact, has shown that people’s opinion should not define anyone in life. Opinion is different from the truth and its not necessarily the truth. One’s life should not be lived based on the opinion of others. Therefore, it is the role of every competent leader to shame his/her critics by doing well. Like I always say, “A leader should not be afraid of criticism. A good leader succeeds by listening to constructive criticism of his/her opposition to know where to really buckle up” (He who kicked a frog, gave it a lift). Hon. Emeka Chinedu as a good reader/listener, has gradually proved himself a good leader. I will not go further to reveal his response to all my write-ups concerning development of Nkwo Mbaise and Afor Oru as the two major markets in our Constituency, and his good plans to attract other visible projects in Ahiazu/Ezinihitte Mbaise, as “action speaks louder than voice”.

innonews - January 16, 2020 0
Governor Hope Uzodinma of Imo State has approved the appointment of Mr.Cosmas Iwu as Secretary to the State Government.

innonews - April 18, 2020 0
By GREG IWU,(OWERRI), DAVID UKA, ABAKALIKI In a bid to curb the coronavirus pandemic, Imo and Ebonyi States...

innonews - June 17, 2017 0
Chelsea management are said to be unhappy with Coach Antonio Conte over the text message he sent to Diego Costa. Sportsmail reports that no firm...

innonews - March 8, 2019 0
After three years of ceaseless political fireworks, Imo State citizens particularly those with PVCs will on March...