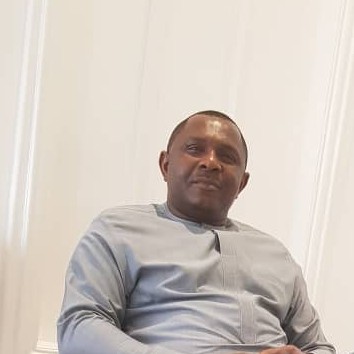 A non-governmental organization, Golden-Julius Foundation (GJF), has distributed over 2000 bags of rice and other food items worth millions of naira to the indigent and less privileged people of  Nguzu and Ebiri communities in Afikpo South local government area of Ebonyi state.

The Foundation also distributed over 3000 pieces of facemasks and sanitizers to the people to help them protect themselves from the spread of the virus.

The Foundation which is owned by a popular philanthropist and business mogul from the area, Chief Julius Ama Orji, popularly known as Ochiri, has been a platform for offering scholarships to indigent students, orphans, and for the empowerment of youths and widows in Edda communities and beyond.

Speaking during the distribution of the items at Nguzu Edda the founder of the Foundation, Chief Ama Orji who regretted  that COVID-19 pandemic has destroyed the sources of livelihood of many Nigerians and worsened the poverty condition of the people, said that there was urgent need to assist the poor and the less privileged in every neighborhood.

Chief Ama Orji who was represented by the former Vice chairman of Afikpo South local government area, Mr. Okoroafor Ugwuocha, said the Foundation was moved by the level of hunger and sundry challenges being faced by the people because of the various restrictions imposed by the governments to prevent the spread of the virus in the state.

He noted that the gesture was to complement the various efforts of the governments and other well meaning citizens in the fight against the disease and the accompanying hardship in the state.

He said “this is part of his efforts to cushion the effect of the lockdown directive by the Government  over the spread of coronavirus. We are giving out this Covid-19 palliatives in the form of bags of rice and facemasks. It is meant for the elderly and vulnerable women and the less privileged,The palliatives were also to be extended to traditional rulers.

He used the opportunity to advise the beneficiaries and the people of the area to adhere strictly to all safety protocols put in place by relevant authorities against the spread of the virus.

In his remarks at his palace Ezeogo Ugwuocha Obasi,  the Eze Edda xxv of Edda, commended Chief orji and his Foundation for  the donations, adding that it would go a long way to help the people at this difficult time . He prayed to God to continue to strengthen and  bless him in his services to God and humanity.

Some of the beneficiaries including Mrs Anabel Ugo , Mrs Ola Grace oko-uka expressed joy for the gifts and thanked Chief Ama Orji  for all he has been doing for them in the community and prayed to God to continue to keep him give him more wisdom and good health.