Last Saturday, the peaceful but ancient Umuezike village of Obibi Ochasi autonomous community in Orlu local government area of Imo State witnessed behive of activities as Chief Obinna Nwokike, an illustrious son of Umuelekachi kindred gathered most of the less privileged and vulnerable persons, and poorest of the poor of All Progressives Congress (APC) political extraction and from the 13 INEC wards of the council area in his massive but architectural master piece ancestral compound and charitably distributed food items, sanitizers, lotions and drinks to them valued several millions of Naira as part of his philantropic gestures in allieviating their sufferings associated with the Lock down as occasioned by the COVID-19 pandemic.

Nwokike who is the Chief Executive Officer (CEO) of Flawless Cosmetics Limited and Upward Global Group noted that the essence of wealth is to assist one another especially the economic disadvantaged persons within the populace and passionately enjoined other wealthy and privileged Nigerians on the need to often subsumed their selfish interests and consider it as part of their social responsibilities to regularly assist the less privileged members of the Society.

The philanthropist popularly known as Obinwanne na China and Miri Mara Ugo 1 na Orlu also informed that he is motivated to shower love to the people of the council area not because he is wealthy but as part of his commitments in giving back to the Society and to appreciate God’s infinite Mercy and Grace upon his life by elevating him to a rare privileged position of considering the welfare of others as part of his social responsibilities noting giving as a divine mandate.

He also urged all Imo citizens to be hopeful and supportive of the Prosperity mantra led administration of His Excellency, Senator Hope Uzodimma while passionately appealing to other well meaning sons and daughters of the Eastern Heartland State to assist the people oriented government in their committed mission and vision of advancing the state to a greater height.

Adding her voice, Mrs Ifeoma Ndiukwu (Nne Oma Nwere Ugwu), the Interim Management Committee (IMC), Chairman of Orlu Local Government Area who attended the historic event with litany of her aides commended Chief Obinna Nwokike for his usual labor of love especially this period of Sit at home as occasioned by the Corona Virus pandemic.

Ndiukwu reiterated on the need for Imo State citizens to be patient and supportive of the state government insisting that Governor Hope Uzodinma led administration is patriotically committed in restoring hope and confidence in the goverance of the people.

She also canvassed on the need for the people to maintain personal hygienes so as to avert being infected by the deadly virus which she articulated to include regular washing of hands with running water, rubbing of sanitizer in the hands, maintenance of social and physical distances as well as constant wearing of Face Mask.

The council boss further applauded the state government for her prompt payment of salaries and pension as well as the provision of the palliatives that have immensely assisted the masses in cushioning the effects of the over one month lockdown.

The highlight of the occasion was personal presentation of the free food items to the nominated beneficiaries and was supervised by the IMC, Chairman.

It was an emotion ridden occasion as the beneficiaries raised the people’s goose pimples as they were singing songs of thanks giving and praises to Almighty God in sincere appreciations as they were giving yam, rice, a carton of tummy tummy Noddle, sanitizer and other items.

Messrs Victoria Ohia and Mary Ajaegbu as well as Messrs Kenneth Ogbodo, Godwin Duruike and Declan Okorie were among the hundreds of the beneficiaries who spoke to news men and expressed gratitude while thanking the donor for his meek of human kindness and prayed for God’s favour, Mercy and Grace upon his life. 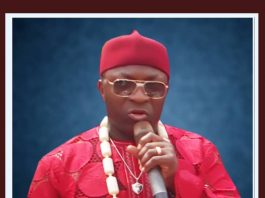 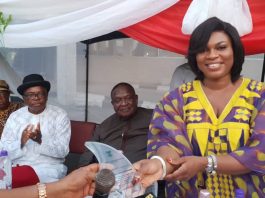 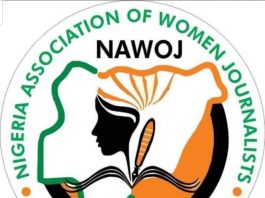 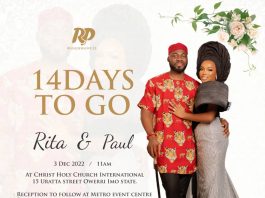 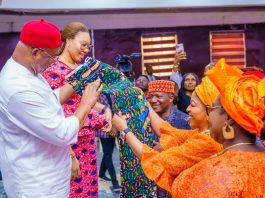 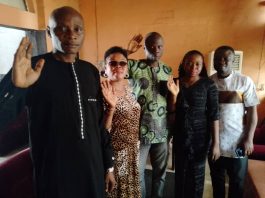