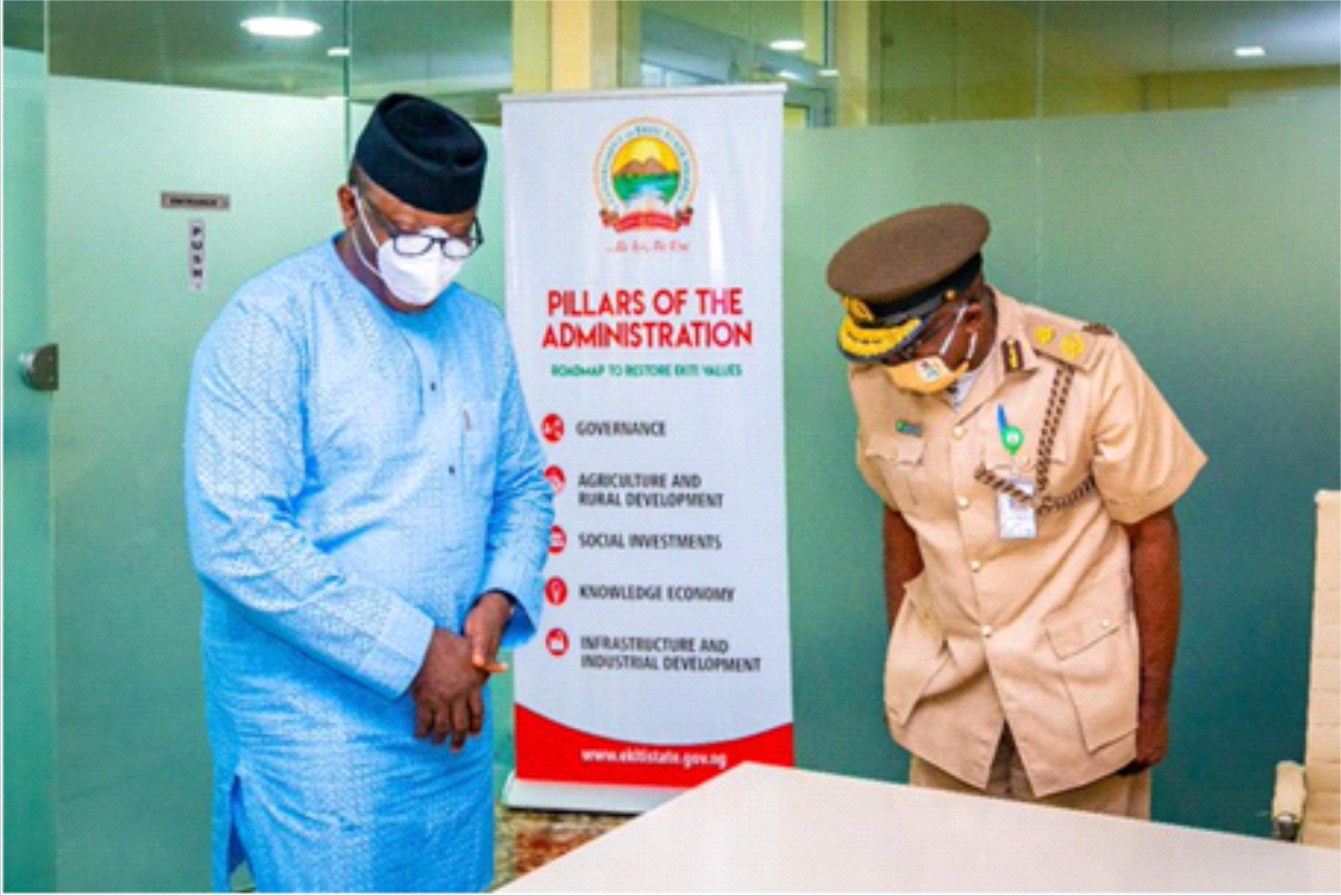 Gov. Kayode Fayemi of Ekiti State has restated his administration’s readiness to collaborate with the Nigeria Immigration Service (NIS) for optimal service in the state.

The governor spoke when the new Comptroller of Immigration Service, Mr. Alphonsus Achilonu, paid him a courtesy visit, recently.

He reminded the Immigration boss that their services included issuance of travel documents, monitoring, control and registration of migrants, combating human trafficking, among others.

Gov. Fayemi praised the NIS for its efficient delivery of services in the state and assured the command of his support despite the lean resources at the disposal of the state.

Earlier, Comptroller Achilonu had reaffirmed the command’s resolve for prompt delivery of service.

He pledged to work assiduously with other security agencies to bring crime to the barest minimum.

The Comptroller thanked the governor for his remarkable support and assured him of prompt issuance of travel documents, peaceful, well documented and law-abiding migrants in the state.

Achilonu also visited other service chiefs in the state to enhance a more robust inter-agency collaboration.

He equally paid homage to the Ewi of Ado Ekiti to get his royal blessings and thanked the Comptroller-General of Immigration, Mr. Muhammed Babandede, MFR, for transforming the NIS into a digital service and giving him the rare opportunity to serve in Ekiti State.

While commentators such as Supreme@ejioforcharle12 replied “Congratulations”, others such as Ọwáwọlé@owawole twitted “I hope the new state controller, unlike the previous, would rein in his subordinates and stop their sharp and corrupt practices.”