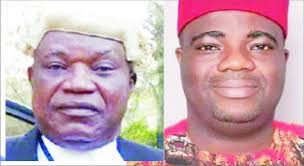 The Independent National Electoral Commission, INEC, has given all clear to Marcellinus Nlemigbo led Caretaker Committee of the All Progressive Congress, APC in Imo State.

The Commission affirmed the earlier recognition given to the caretaker committee in the State by the national leadership of the party.

INEC in a letter dated September 1, 2020 and addressed to the Resident Electoral Commissioner in Imo State and signed by Rose Orafian- Anthony, Secretary of the Commission, said “in view of the said Ruling of the High Court of the FCT, the Chief Marcel Nlemigbo led Caretaker Committee is duly recognized and should be dealth with pending the hearing and determination of the Appeal filed by the APC”

Recall that the National Caretaker Committee of the APC led by Yobe State Governor, Mai Bala Buni, had also recognized the Nlemigbo caretaker committee as the authentic state executives of the APC in Imo State.

The recognition, analysts say, is however temporary, pending the determination of the suit at the Appeal Court filed by the Daniel Nwafor faction of the party  which had opposed the Nlemigbo led caretaker committee.

innonews - February 24, 2019 0
* By David Uka, Abakaliki* The All Progressives Congress, APC in Ebonyi State has rejected the results of the...

innonews - August 9, 2017 0
The man alleged to be a suspect in the massacre of worshipers in St. Patrick’s Catholic Church, Ozubulu, Anambra State, Aloysius Ikegwuonwu, also known as Bishop,...