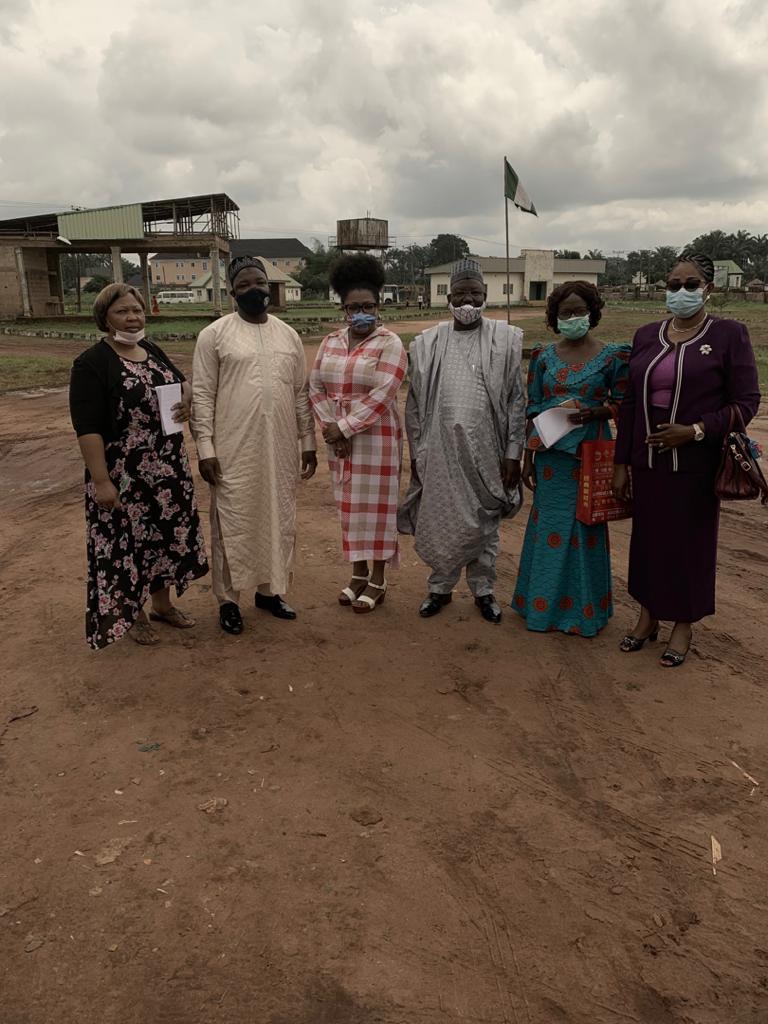 NMCN Registrar speaking shortly after the Resource Verification tour around the institutions, expressed profound gratitude to the Governor Hope Uzodimma for his commitment, support and interest in Nursing Education in the State, pointing out that NMCN believes much in professionalism and deploys high level of competency and expertise, including sound judgement in the training and practice of Nursing and Midwifery in Nigeria.According to him, “Nursing and Midwifery Council of Nigeria wishes to thank His Excellency, Senator Hope Uzodimma, the Executive Governor of Imo State for his zeal centred on the urgent Rehabilitation of the moribund schools of Nursing in the State with emphasis to getting collegiate accreditation within the first year of his administration. To this great plans for Nursing Education in Imo State, we say a big thank you.”

It will be recalled that Princess Ngozi Duru within her one year of reinstatement as the Provost of the College of Nursing Sciences Orlu has attracted a lot to the College which include two Mid-Stream admission (i.e. May and November admissions in a year) for the College which has already commenced, approval to commence License Community Nursing Programme in the College by the NMCN, Resource Verification to increase the admission quota above the usual fifty students yearly and so much more.

A reliable source in  Government House noted  that while the Secretary-General NMCN held a courtesy visit with His Excellency Senator Hope Uzodimma ably represented by Hon. Barr. Nnamdi Anyaehie, the Chief of Staff Government House-Owerri, Imo State, the Secretary-General NMCN was accompanied by the Hon. Commissioner for Health Dr (Mrs) Damaris Osunkwo, Director Nursing Services Imo State Mrs Victoria Chukweke, Provost Imo State College of Nursing Sciences, Orlu Princess Ngozi Duru, Management  Staff of Imo State College of Nursing Sciences, Orlu and other heads of Nursing Institutions in Imo State. Umar Abubakar applauded the Imo State Government for their hospitality since their arrival to Imo State and  further thanked  Governor Hope Uzodimma for his interest in Nursing Education, pointing out that things urgently needed to be fixed particularly in the moribund Nursing Institutions In the State.

He also stressed on the autonomy of established Nursing institutions and the need to avoid interference. The NMCN Boss cheerfully expressed his interest in Imo State and stated that it  was his reason for coming with high powered delegates to the State.

He further stressed on Governor Uzodimma’s interest in Nursing Education in the State and outlined the arrangement plans for the Nursing institutions in the State.