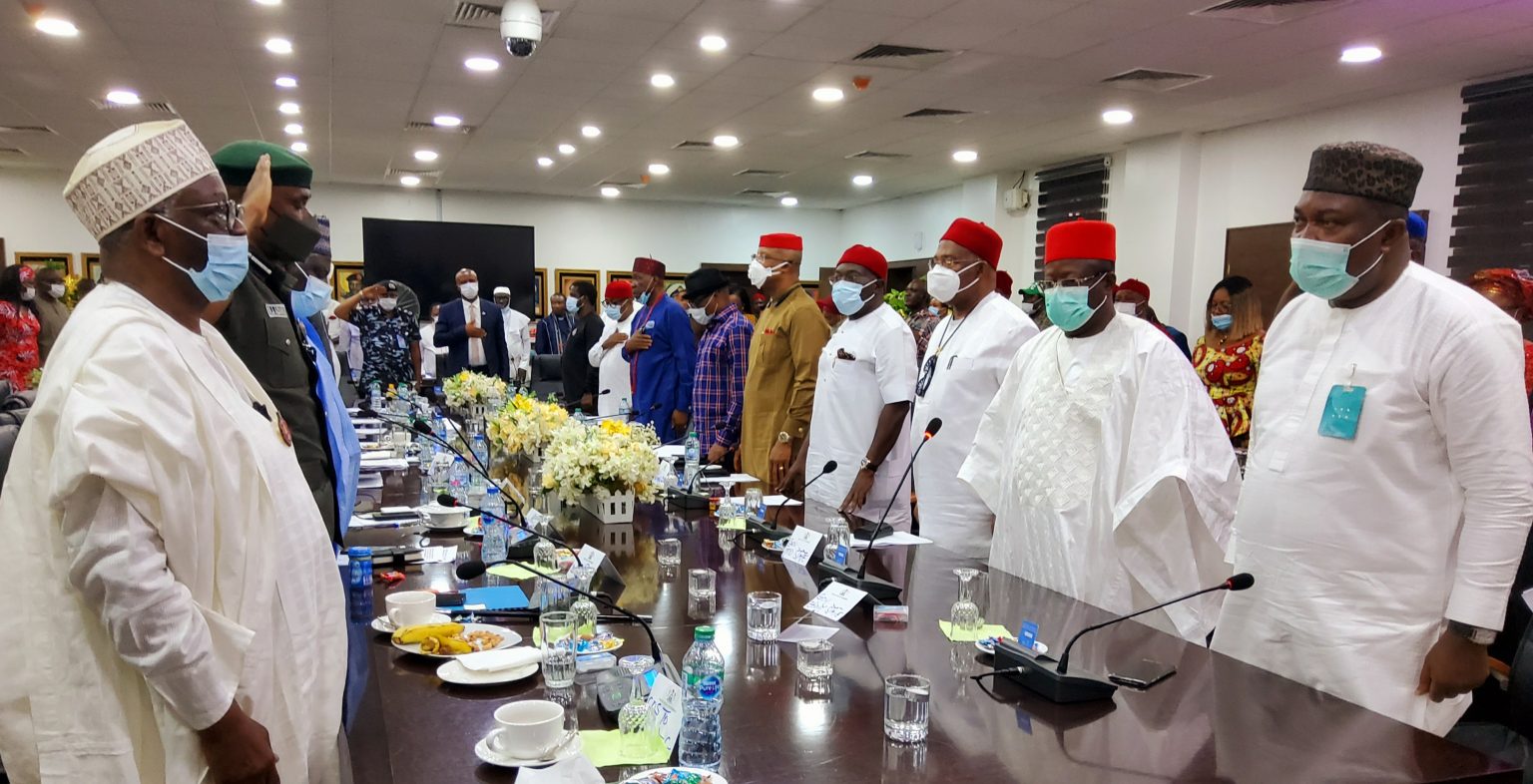 Leaders of the South East zone say they will not back down on the quest of Igbo presidency in 2023.

They made the declaration, on Saturday in Enugu at a meeting with a presidential delegation sent by President Muhammadu Buhari and led by the President’s Chief of Staff, Prof Ibrahim Gambari.

The leaders also made it clear to the presidential delegation that they are saddened with the sidelining of the South East region in security architecture of Nigeria.

The creation of additional states in the South East geo political zone also featured prominently among the demands of the leaders, who said more states are needed in the region in the spirit of equity and justice.

Other demands include urgent construction, rehabilitation and maintenance of all federal roads in the zone, which they lamented have become death traps, equitable representation of the South East in the security architecture among the five Service Chiefs, Immigration and Inspector General of Police, and disarming of killer herdsmen operating with AK 47s in the zone.

Speaker after speaker who spoke include the Obi of Onitsha, HRM Igwe Alfred Achebe, Ohanaeze President, Chief Nnia Nwodo and elder statesman, Southeast CAN Chairman, Bishop Goddy Okafor and Chief Emmanuel Iwuanyanwu, who asked Gambari to tell the President that Ndigbo were not happy.

A communique presented by Governor of Ebonyi State and Chairman, South East Governors’ Forum, Engr. David Umahi stated partly “we, therefore, with humility, request our President, the father of our nation, to please look into the demands of the various groups of our people, as presented today, review same with a view to solving them

“South East people believe in one Nigeria and this is the reason we are in every part of this country erecting infrastructure, living peacefully with our host communities and doing our businesses”.

“We pledge to continue to protect all the various ethnic groups living in the South East. We enjoin them to go about their businesses peacefully. We thank Mr. President, Governors and Traditional Rulers in other parts of Nigeria for their commitment to protect our people, especially during and after the protests. We must continue to live in peace”, they said.

“We believe that under this platform, we are bigger and stronger”, they said, pledging their undivided support and love to the President and his administration.

The leaders also thanked the President “for all the great works he is doing at the Second Niger Bridge, the Akanu Ibiam International Airport, dualized road of Enugu to Port Harcourt and some other projects in the South East”.

The Igbo leaders expressed appreciation to “Mr. President’s delegation for carefully listening to, engaging with stakeholders and undertaking to report faithfully to Mr. President for his consideration and necessary action”.