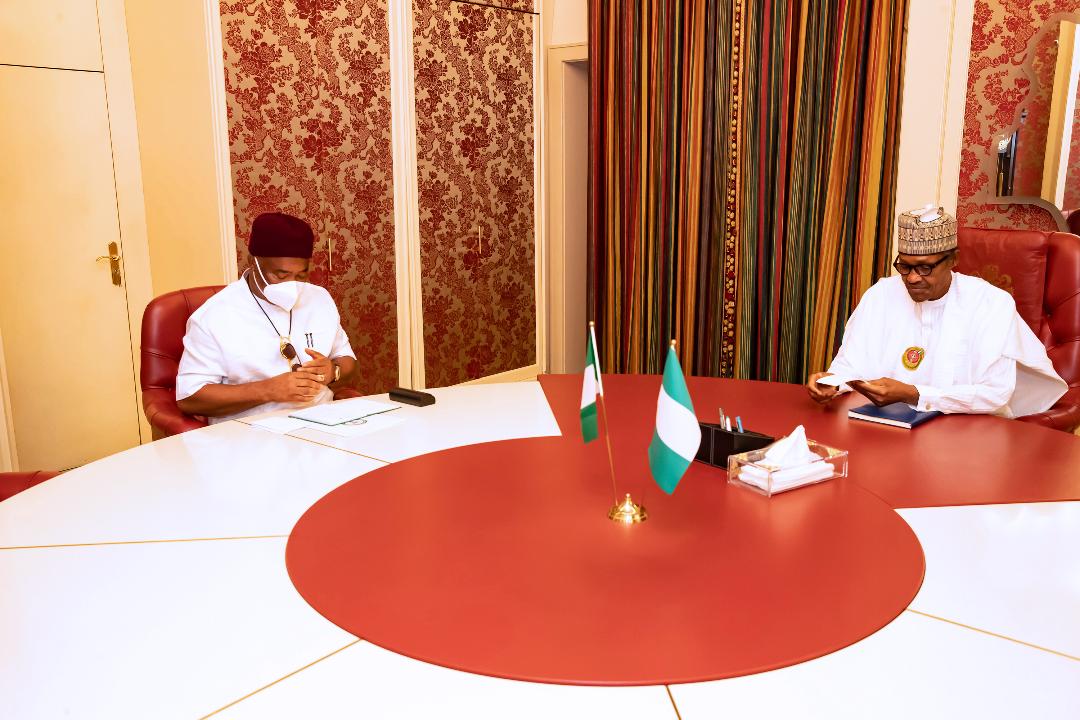 The media has been abuzz with reports that powerful forces in Abuja may have directed Imo State Governor, Senator Hope Uzodinma, to work for the success of the APC Okigwe senatorial candidate, Senator Ifeanyi Araraume.

According to reports, the “directive” was handed to the Governor when the latter visited the Presidential Villa, Abuja, on Friday, November 27.

There has been no independent verification of this claim as the Okigwe senate election holds on December 5.

Governor Uzodinma when speaking to State House correspondents, Abuja after meeting the President, was silent on Okigwe senate election. He rather advised politicians in the opposition to join the APC or face starvation.

With deadline for campaigns for the election set by the Independent National Electoral Commission, INEC for December 3, it is unclear if the governor will openly campaign for Araraume.

Before the Governor’s visit to Abuja, news had filtered in, that the Governor will be in Okigwe to campaign for the party, and not necessarily for any candidate. All that may have changed if reports that the President instructed the Imo State governor to campaign for Araraume, as candidate of the APC in Okigwe senate election, and “show interest in the polls” is anything to go by.

Uzodinma alongside Minister of State, Education, Emeka Nwajiuba, had supported Frank Ibezim, who had emerged candidate of the party for the Okigwe senate election after a controversial primary election.

Ibezim was later removed as candidate of the party by the Federal High Court, Owerri, and replaced with Araraume.

Since then, Uzodinma has kept mute over Araraume’s candidacy. Araraume had last week promised to work with Governor Uzodinma for the betterment of Imo State if he is elected Senator to represent Okigwe zone.

Former Governor Rochas Okorocha had announced his support for Araraume, directing his Rescue Mission political structure to work for his success of Araraume at the polls.