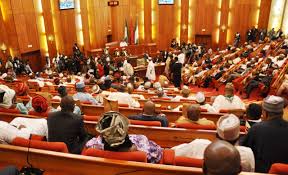 If ongoing political permutations are anything to go by, a second term return to the Senate for the two senators representing Imo State, Senator Ezenwa Onyewuchi (PDP, Owerri zone), and Senator Rochas Okorocha (Orlu Zone, APC) may be rough and turbulent.

In Owerri zone, Senator Onyewuchi had a smooth ride to the Senate in 2019, after spending eight years in the House of Representatives. Though 2023 may be considered far away, this newspaper observed that there will be fierce and intense scramble for Owerri Senate seat in 2023, as some of those interested to wrestle the seat from the incumbent, both in the PDP and APC, have begun underground moves.

Within the fold of the Peoples Democratic Party, PDP on whose platform Senator Onyewuchi rode to the Senate, this time he will be up against formidable forces within and outside his party who are speculated to be eying the Owerri Senate seat.

Former Secretary to the Imo State government, Hon Uche Onyeagocha, is alleged to be among top contenders for Owerri zone senate seat in the PDP. Onyeagocha has not openly disclosed his ambition, but there are indications that the fiery critic of the Uzodinma administration, has his sight on the seat. He had vied for Imo governorship twice but he backed Emeka Ihedioha to win the 2019 governorship election.

Like Onyewuchi, Onyeagocha had represented Owerri Federal Constituency in the House of Representatives.

A source in the party who spoke to INNONEWS said aside Onyeagocha, there are more than five top chieftains of the PDP in Owerri Zone, who are preparing grounds to pick the PDP ticket for Owerri zone senate.

Political analysts contend that the interest shown by some political heavyweights in the Senate seat both in the PDP, and APC in Owerri zone, is a clear indication that the race for Owerri Senate will be intense, and will not be an easy ride for the incumbent in 2023.

In Orlu zone, it is also dicey for Senator Rochas Okorocha, as a rerun ticket to the Senate will be herculean task. Except he joins the 2023 presidential race as speculated,Okorocha may lose a second term return to the Senate if he fails to get the national leadership of the APC to accept Dan Nwafor as the authentic State executives of the party in Imo State.

Okorocha is already involved in a fierce scramble for the soul of the party in Imo State with Governor Hope Uzodimma, who is solidly behind the Marcel Nlemigbo led caretaker Committee of the APC in the State.

State governors have remained in firm control of party structures in their various States, and there is no indication this will change even after Congresses.

This newspaper was informed that some core loyalists of Governor Uzodimma from the zone are interested in the race.The name of business mogul and billionaire, Tony Ezenna, was listed as among those who may eye Orlu Senate seat in 2023.

Within the fold of the PDP in Orlu zone, unconfirmed reports say Hon Jones Onyeriri, who had lost Orlu senate seat to Okorocha in controversial circumstnaces in 2019, may be warming up for another fresh round of contest.

Full Text Of Statement By H.E Olusegun Obasanjo On The Occasion...

innonews - February 3, 2018 0
Ladies and Gentlemen and members of the Fourth Estate of the Realm, I welcome you to this simple but important ceremony of my registering...

innonews - August 3, 2020 0
By David Uka, Abakaliki Governors of South-East States have resolved to open both public and...

Osuagwu: My Plans For Igbo If Elected Ohaneze Ndi Igbo...