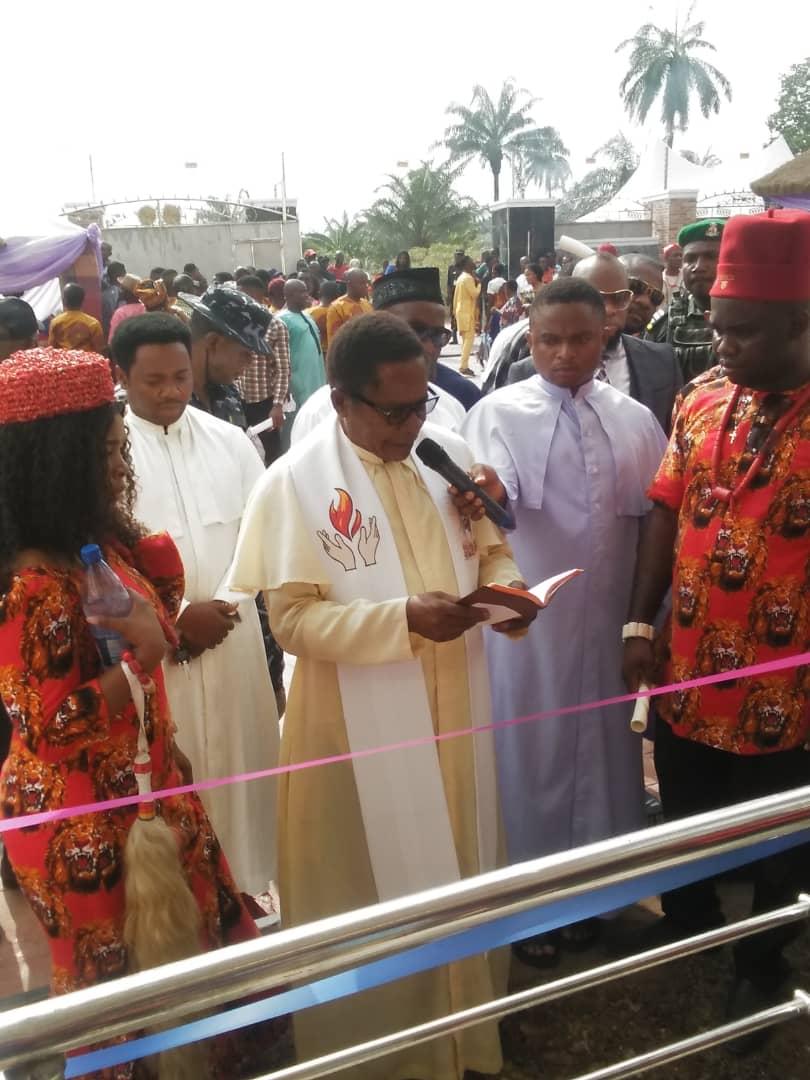 The President General of Imo indigenes in South-Africa under the umbrella of Imo Union South-Africa, High Chief Kinsley Onukogu has donated another round of palliative materials worth millions of naira to help alleviate poverty in his community.

The palliative was distributed among women in Umulogho autonomous community during the dedication of his multi million naira house built recently in his country home Umuadara Umulogho in Obowo LGA on December 30.

Some of the items he distributed include 200 bags of rice, 100 pieces of wrapper and cash donation.

Due to his contributions in the development of his community, Onukogu was also decorated with another traditional title by the Chairman of traditional rulers in Obowo council area, Eze Patrick Uwalaka.

Speaking during the confinement of the title on him, Eze Patrick Uwalaka said Onukogu merited the title following his contributions to human and societal development.

The traditional ruler listed his projects in the community to include Sinking of Boreholes in the community, installation of Solar street lights, Grading  and dualization of roads, among others.

He said beside the community development, Onukogu played a frontline role in distributing palliative materials to members of the community during the Coronavirus induced lockdown.

Uwalaka who described Onukogu as a great philanthropist, urged other wealthy sons of the community to emulate his footsteps.
Speaking during a press interview, High Chief Kinsley Onukogu said he has passion to help the needy through his God given wealth.

He said he would soon unveil his master plan for the community, which he said would be targeted at human development.He also commended leaders in the community for supporting his projects and pledge to do more in the community.

He also assured that his administration as the Present of Imo Indigenes in South-Africa will be all inclusive, while also promising to attract more projects through the position.