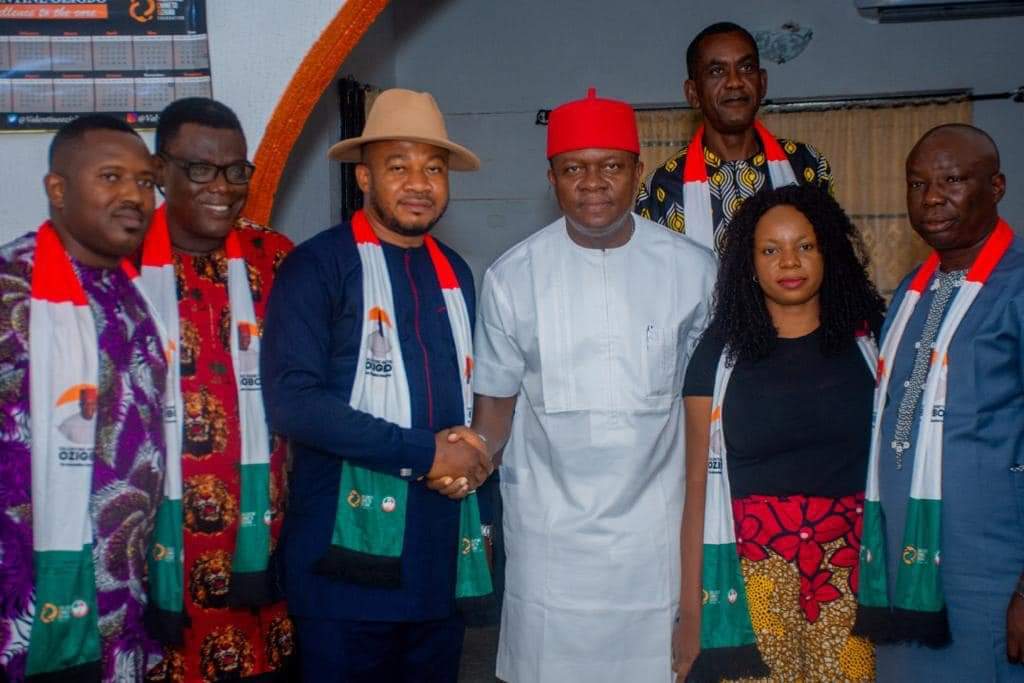 *My Guber Bid On Course- Maduka

In a statement released by Maduka’s Media Office in Awka on Friday, it said “the Godwin Maduka Movement” is not known to Dr Maduka or to his campaign organization.

It stated that “those behind the so called “Godwin Maduka Movement” are desperados, who are scared of the towering political profile of Dr. Maduka and the overwhelming support his governorship ambition has attracted from the people of Anambra State.

Part of the statement read:

“The so called ‘Godwin Maduka Movement’ is not known to Dr. Godwin Maduka or to his campaign organization.Therefore he could not have endorsed Valentine Ozigbo, the PDP factional governorship candidate in Anambra State, since he is not behind the organization and is rather among those, who had faulted the methodology used in conducting the PDP governorship primary.

“The so called ‘Godwin Maduka Movement’ is fake, and an assemblage of misfits and desperate persons led by one Mr. Tochukwu Ilo, whom Dr. Maduka had sacked as Director General, Godwin Maduka Foundation, for acts bordering on fraud, corruption, forgery and other under hand practices.

“It is in the character of Mr. Ilo, to resort to cheap political gymnastics, character assassination, image smearing, which is in line with his negative antecedents at Maduka Foundation, where he also perpetrated diversion of largesse for the less privileged, among other fraudulent acts, which prompted his dismissal from the Foundation.

“Dr. Godwin Maduka Campaign Organization, is least surprised at Mr. Ilo’s action, a gink, a two faced character, driven by inordinate desire to get back at Dr. Maduka for sacking him as DG of his Foundation

“The general public is hereby advised to disregard the purported endorsement of Dr. Ozigbo by the non existent “Movement For Dr. Godwin Maduka” as the group has nothing to do with Dr. Godwin Maduka.

“We call on our numerous supporters to remain calm, and not allow themselves to be deceived or hoodwinked by the likes of Mr. Ilo and his cohorts, who are bent on tarnishing the image of Dr. Godwin Maduka at all cost.

“Dr. Maduka did not endorse Dr. Ozigbo or any governorship candidate for the November 6, 2021 guber election

“He will, soon announce his next political move after concluding consultations with all segments of Anambra people, who have continously called on him to further governorship ambition and have described him as “Governor in waiting”

innonews - March 20, 2020 0
The Okigwe senatorial election has been postponed indefinitely alongside bye elections in Bayelsa, and pleateu States because of coronavirus

innonews - February 2, 2022 0
Award-winning blogger and author, Chinedu Hardy Nwadike has revealed that he will be devoting a lot of time to teaching primary and...

innonews - August 4, 2019 0
Ahead of the 2019/20 season, Argentina striker, Sergio Aguero and Belgian international, Kevin De Bruyne, are the highest paid players at Manchester...