Home Man In The News Decay Of Infrastructure In South East, Pathetic. BY CHIGOZIE UZOSIKE 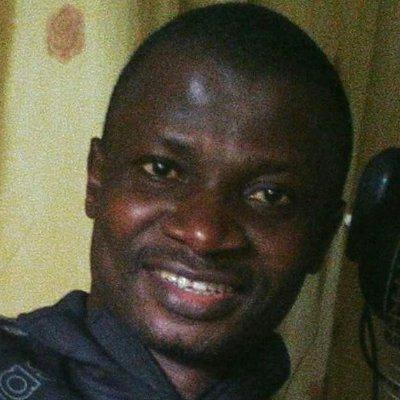 Going round the states in the country, I am worried to the point of break that the South East is marginalizing themselves, not anyone else. The decision to develop is solely not part of the marginalization that has cried to high heavens.

In the South East, apart from Ebonyi and Enugu states, the other states, excluding Anambra have become shadows of themselves caused not by me but the choice of leaders we have. I ask myself, is Governors Dave Umahi and Ifeanyi Ugwuanyi not from the South East, yes they are. My journey to Ebonyi the other day, through Ivo LGA, Akaeze to be precise caught me wondering what manner of governor we have in the person of Umahi. When I drove through Uturu, I frown. How can one explain that we still have in the 21st century this kind of roads that can serve more or less as high way to mortuary. Talking about my odyssey from Akabo – Okigwe road will destabilize my sense of writing. When I drove into Ebonyi state, I could barely hold my steering, the ride was so exciting and memorable, I saw a mirage-kind of roads, built with high quality padded tar.

The governor that did it is a governor from the South East. So it is not about how bad the South East is but it is about how the governors have decided to run their states. What is difficult about connecting the Ebonyi roads to Abia and then to Imo. In the roads, one could see the difference in ideology, perception about development and the personalities of the governors in terms of development. This is road infrastructure. What about other areas? All the industries have been rendered moribund. Today, no government is talking about employment of youths because, there is no magic about, the industries are not there. The private-public partnership is not working. Government does not provide employment, its duty is to create an enabling economic environment for private industries to thrive.

The southeast governors must stand up to the challenge of revamping and bringing to life all the moribund industries across the states and ensure their workability. This is not a plea, it is a necessity because necessity is the mother of invention. It is only a tree that will hear that it will be cut off and still remains there next time you come. It is not what other zones are saying concerning South East, it is what the zone is doing concerning what is been said about the zone. Southeast has the wherewithal to develop and be that dream zone of Nigeria.

Since I was a child, government has been building roads, building hospitals, building schools, building industries. Today, I am an adult, I have still not seen good roads, good hospitals, good schools, working industries. I ask myself, though in utter dismay, what is happening to my immediate zone, South East. Why cannot the zone develop to the pride of others, does it mean that after the likes of De Sam Mbakwe, (whose good infrastructure have been destroyed by successive government anyway), no other leader can replicate what they did?

I can imagine what other states will look like in terms of roads, if governor Umahi becomes the governor of Abia and Imo. During the leadership of Mr. Peter Obi, road connectivity was reasonably addressed. When I drove through Aguata to Ogboji, down to Umunze going to Owerre-Izukala, the quality of roads I saw marveled me. Anambra must also be commended for encouraging local productions, Anambra produces in large quantity scent leaves for export, rice mill at Omor in Ayamelum LGA and other local content development plan are making waves in the export market. Interestingly Anambra and Ebonyi are not even among the oil producing states. It means that those who have less become more economical in expending their resources than those who have more. The irony is pathetic, Imo and Abia are supposed to be more developed than the other non-oil producing states, but it breaks ones heart thinking about the contrary.

If there is one thing that must unite the governors, irrespective of political leaning, it is the convocation and convergence of views of how to bring the southeast industries to their feet again and there is no better time than now, especially that the citizens must be encouraged to move into agriculture as it were in the days of our forefathers. I have said it that one thing that will keep us together after we are out from the corridors of power is our collective heritage that we are first, Ndigbo.

We are not Ndigbo because we are born in the South East, we are Ndigbo because in us the ‘Igboness’ resonates and runs through the veins and arteries of us. The level of abandonment of projects in the zone is alarming, alarming so much so that if concerted and conscious effort are not made to retrieve the industries and infrastructural decay already hanging on the precipice, the pride of Igboman might need to be put to the wheel again for purification.

God forbid! At the end of our journey to politics, we shall come back to the reality of the development/social amenities we brought to bear while in power. Today, bad leaders are still working on bad roads they refused to fix while they were in power. When you are in power, try to power the roads, hospitals, schools. Otherwise, when you are out of power, the bad roads, hospitals and schools will pound you. Development does not have political party nor religious affiliation. Let’s go for development.

innonews - March 10, 2020 0
The South East chapter of Nigeria Union of Journalists, NUJ, has congratulated Governor Hope Uzodinma on his reaffirmation as...

Group To Nnamdi Kanu: You Lack Authority To Demand For Biafra

innonews - December 21, 2020 0
A group, The Movement Against Dissidents in Nigeria, has said leader of the Indigenous People Of Biafra, IPOB,...