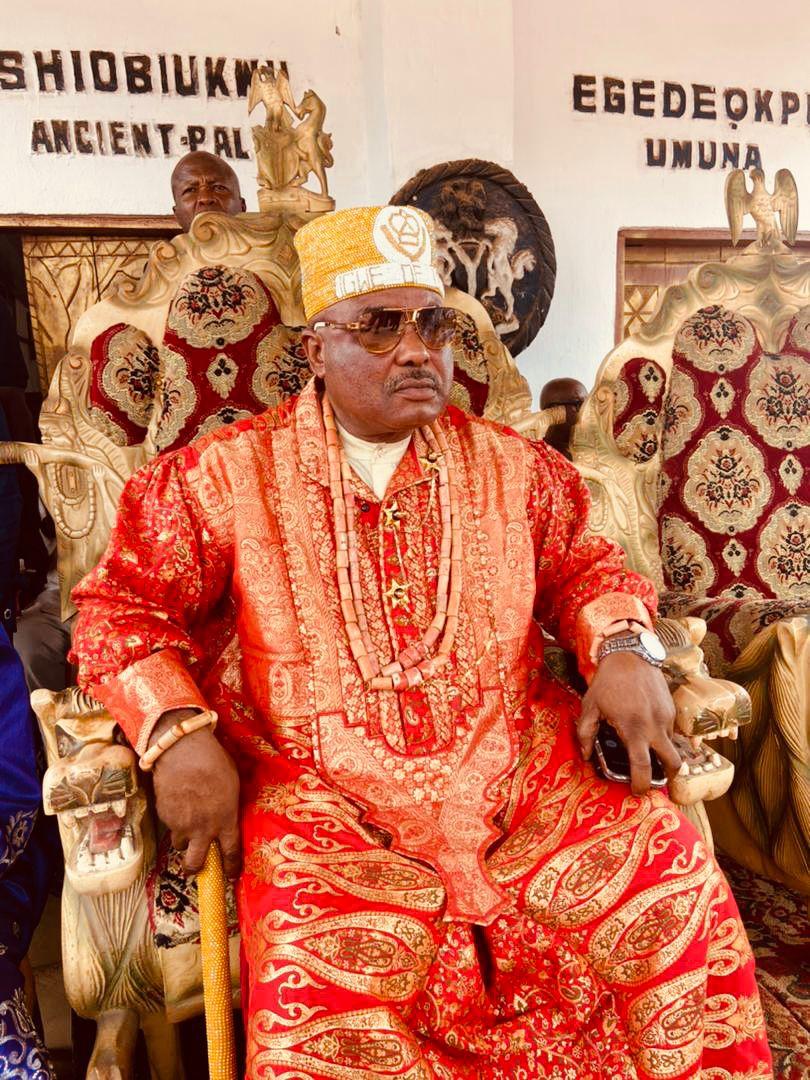 The paramount ruler and Igwe of Umuna Kingdom in Orlu, Head of Osu Clan, His Royal Majesty Eze Dr Douglas Okwara, Okwarchukwu iv, Obi of Ebeasaa, has expressed gratitude to his ancestors for a bumper harvest after the 2021 planting season.

Speaking at the 2021 New yam festival of his community, he said the festival is one of the most cherished culture of Igbos, stating that “our relationship with the spirits which are our foretfathers should be forgotten or discarded”

He urged the youths to desist from social vices such as drugs which he noted are harmful to them.

Eze Okwara said that the youths should at all times protect, project and propagate the origin of the Igbo man.

Performing the usual ritual of cutting the new yam, he expressed gratitude to God for making a bountiful harvest after the planting season. He prayed to God to aid Igbos to sustain their culture and values.

Speaking to newsmen, Eze Okwara, said the tradition of his people which was bequeathed to him by his ancestors must be protected and respected.

He noted that Igbos are unique in nature, stressing that the unity of Igbos should not be politicized.He urged Biafra agitators to give peace a chance, as he reeled out his royal blessings to sons and daughters from Umuna Ancient kingdom.He appealed to God to bless and prosper them anywhere in any part of the world.

In his remarks, the Interim Management Committee Chairman of Orlu LGA, Chief (Mrs) Ifeoma Ndukwu, hailed the traditional ruler, Eze (Dr) Douglas Okwara, describing him as a true reflection of what a monarch should be.

He called sustenance of the peace in Orlu LGA, and urged the youths to give peace a chance. He prayed to God to grant the monarch a successful and peaceful reign on the throne.

High point of the event was cutting of the new yam festival, breaking of kolanuts, conferment of chieftaincy titles to some deserving personalities of the community such as Chief Barrister and Barrister (Mrs) Emmanuel Chinyere Oji.

Covid 19: Edozie, Others Donate Palliatives Worth Millions Of Naria To...

innonews - April 22, 2020 0
In a clear display of milk of human kindness and in a bid to ameliorate the sufferings of the people of...

‘Ihedioha’s Persona Alone Cannot Give Us Victory In 2023’, Says Imo...

The Real Pretenders In Imo PDP. BY COLLINS UGHALAA