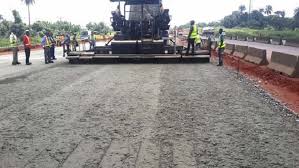 The Commissioner for Works, Ralph Nwosu, has revealed that the reconstruction of MCC Road and Ohi/Orogwe Road will commence soon.

Nwosu stated this in a brief chat with newsmen on Sunday. He maintained that the State government is not ignorant of the critical state of the two roads.

Continuing, the Commissioner stressed that Governor Hope Uzodimma is eager to complete all the ongoing road projects in the state but being hampered by some logistics problems which have been addressed.

The Commissioner hinted that the Ohi/Orogwe road remains a veritable and strategic bypass which measures 4.2km and cannot be abandoned, contrary to apparent misinformation by a few uninformed elements.

He further stated that the road has had it drainage of about 3.95km and will in the coming days start receiving immediate construction in line with 3R mantra of Governor Hope Uzodimma’s administration.

Speaking on the MCC road, the Commissioner sympathized with the residents and road-users of the road, maintaining that the operational problems on the MCC road have been resolved and consequently, serious construction will soon commence accordingly.

In his words: “I want to particularly appeal to residents and road users of MCC and Ohi Orogwe road, that it is not the making of the Government to see her citizens suffer due to bad roads, but I can assure you people now, that our prayers are answered and certainly, in the coming days, earth moving equipments will arrive these two construction sites for immediate construction, also the Naze-Nekede-Ihiagwa-Obinze Road is still on course”.

He explained that the phased maintenance of existing roads had commenced.

The Commissioner called on Imolites to give more support to the administration of Governor Hope Uzodimma in the realization of a new and prosperous Imo Agenda.

The Commissioner therefore charged Journalists in the state on investigative journalism while calling for synergy between the media and the Government on dissemination of informations on Government policies and programs, he added.

innonews - October 9, 2018 0
Super Eagles and Levante winger, Moses Simon has  assured that Nigeria will put in their best in the game against Libya to strengthen their...

innonews - July 31, 2019 0
BY:David Uka, Abakaliki A female pregnant Journalist, Mrs.Grace Egbo of Tribune Newspaper has been attacked by a member...

Sex For Grades In Tertiary Institutions:What Of In Secondary Schools? By...

innonews - November 20, 2019 0
Recently, the Country’s Media Spaces were dominated by News, Commentaries, Features and other outburst contributions in respect of the 2 major incidents...

innonews - May 14, 2017 0
A member of the House of Representatives (names withheld)  in Imo State elected on the platform of the Peoples Democratic Party, PDP is under pressure...