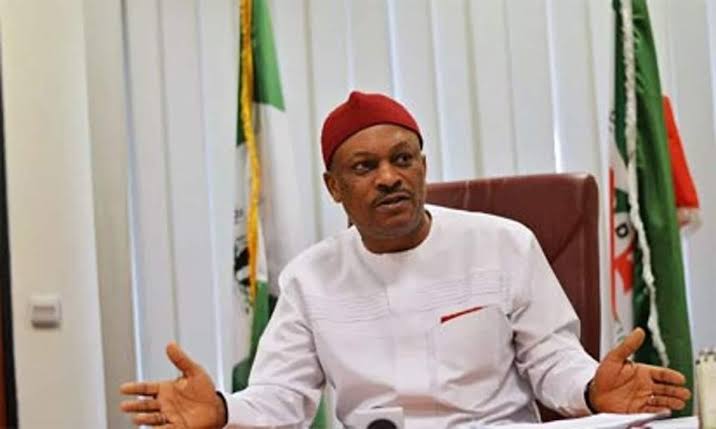 Nigeria is crawling like a sick baby under the reign of the All Progressive Congress, APC.

Senator Samuel Anyanwu, National Secretary of the Peoples Democratic Party, PDP, in a statement signed by his media adviser, Ikenna Onuoha, said it is regrettable that Nigeria is yet to move above economic and political challenges since the governing party took over the affairs of the nation.

According to him, the level the country would have attained if PDP was in power, will take Nigeria another 30 years to reach should the All Progressives Congress continues to hold unto power.

Anyanwu called on the youths  to rise above ethnic sentiments and fight for their rights, stressing the need for all hands to be on deck to foil APC’s plot to rig the 2023 elections.

He maintained that the current National Working Committee (NWC) of PDP was elected not only to rebuild the party but to rescue Nigeria from economic servitude, political imbalance and avoidable security lapses.

innonews - August 25, 2017 0
President Muhammadu Buhari Friday met with State Governors where he commended them for their leadership role while he was undergoing medical attention in London. Buhari...

innonews - February 24, 2022 0
Russian forces have unleashed an attack of Ukraine on the orders of Vladimir Putin, who announced a “special military operation” at dawn,...