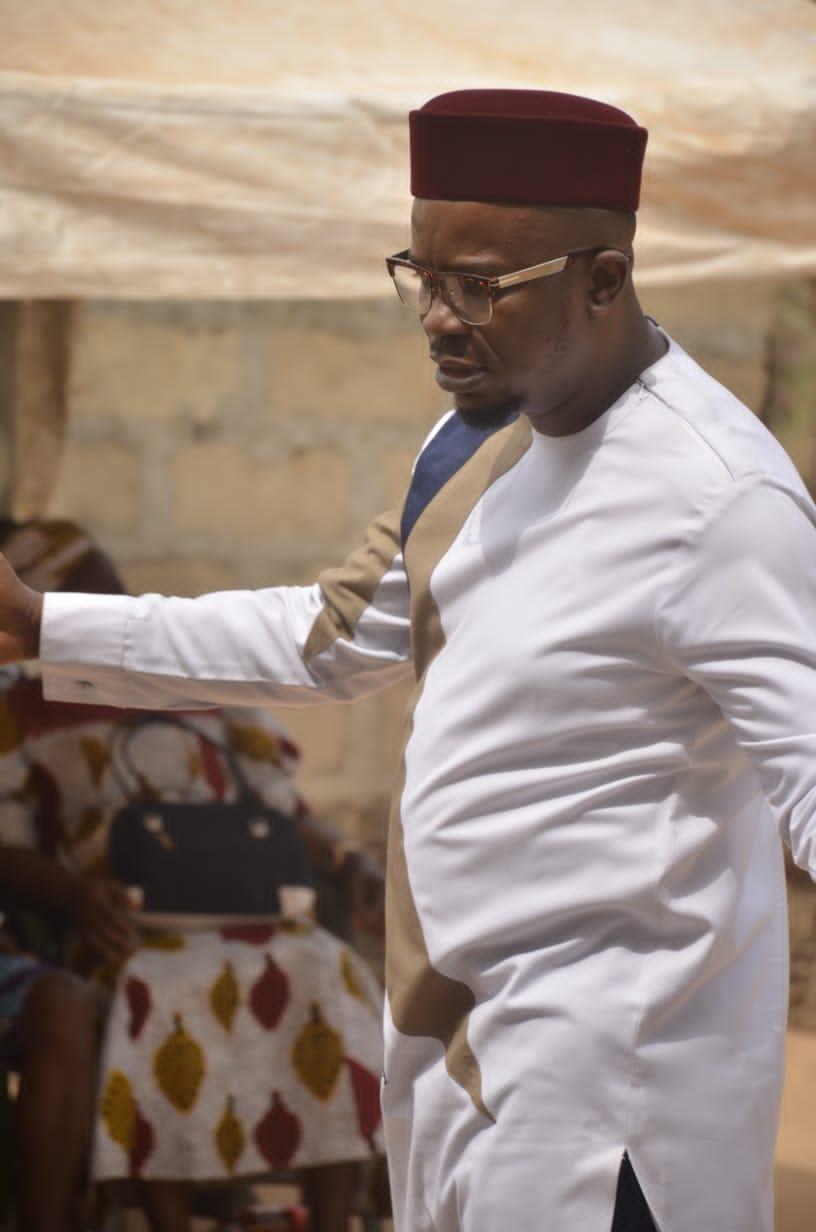 *DOLES OUT FUNDS FOR PDP E-REGISTRATION

A real estate mogul, Franklin Ngoforo, has declared his interest to represent Ideato North State Constituency in the Imo House of Assembly on the platform of the People’s Democratic Party, PDP, come 2023.

Ngoforo made his aspiration known while consulting with his ward executive, Izuogu Ward 1, of Arondizuogu clan in Ideato North LGA on Saturday. He decried the level of poor representation in Ideato North, pointing out that virtually all the sectors of the local economy are currently comatose as a result of bad governance.

He further fumed that the potentials of the area remain untapped, and infrastructural decadence has become a norm, and tasked the people to resist every pressure to settle for the less come 2023.

“I have come today to chart a way forward with my people. For us to get the victory we so desire, we must first work to rebuild and expand our party, the PDP. Today, I shall commence a strong and dedicated movement to raise two thousand members for our party in each ward in Ideato North. I’m releasing immediately enough money to facilitate the mobilization of all members in the five wards of Izuogu Ward 1, Izuogu Ward 2, Ndimoko Ward, Ndiheme Ward, and Uzii/Umualaoma Ward for the ongoing E-Registration Exercise.”

He continued, ” The purpose is to tackle all logistical challenges associated with the process and to motivate the operators of the process. I have also set out prizes for the first three persons to mobilize the greatest numbers to register with our party in Izuogu Ward 1. We must make a statement that, Ideato North belongs to PDP, and the dividends which the party while in power brought to our people were unprecedented.

“When the PDP was in power, we all saw the landmark projects which our leader, the Rt. Hon. Emeka Ihedioha, brought to Ideato North. He empowered our people and ran an administration that gave us a pride of place. It is time for us to reorganize ourselves, bring all of our people into the PDP to demonstrate that the injustice meted out to him was deeply provocative to all of us and it must be corrected at the polls,” Ngoforo said.

He further promised to acquire more gadgets for the Ward Registration Agents and encouraged the members of the party to call on him whenever they need any assistance that will lead to the growth of the party in Ideato North.

Okorocha: How I Confronted Iwuanyanwu, Ihedioha, Nzeribe, Others To Win 2015...

innonews - April 14, 2018 1
Imo State Governor,Rochas Okorocha has revealed how he confronted big names in Imo politics and went ahead to win the 2015 Imo governorship election. “In...

innonews - June 2, 2018 0
Some members of the Imo State House of Assembly mainly those of the All Progressive Congress, APC who were ferried to Abuja to attend...