Home Viewpoint How Agri Crowdy Is Creating Wealth Through Virtual Farming Across Africa. BY... 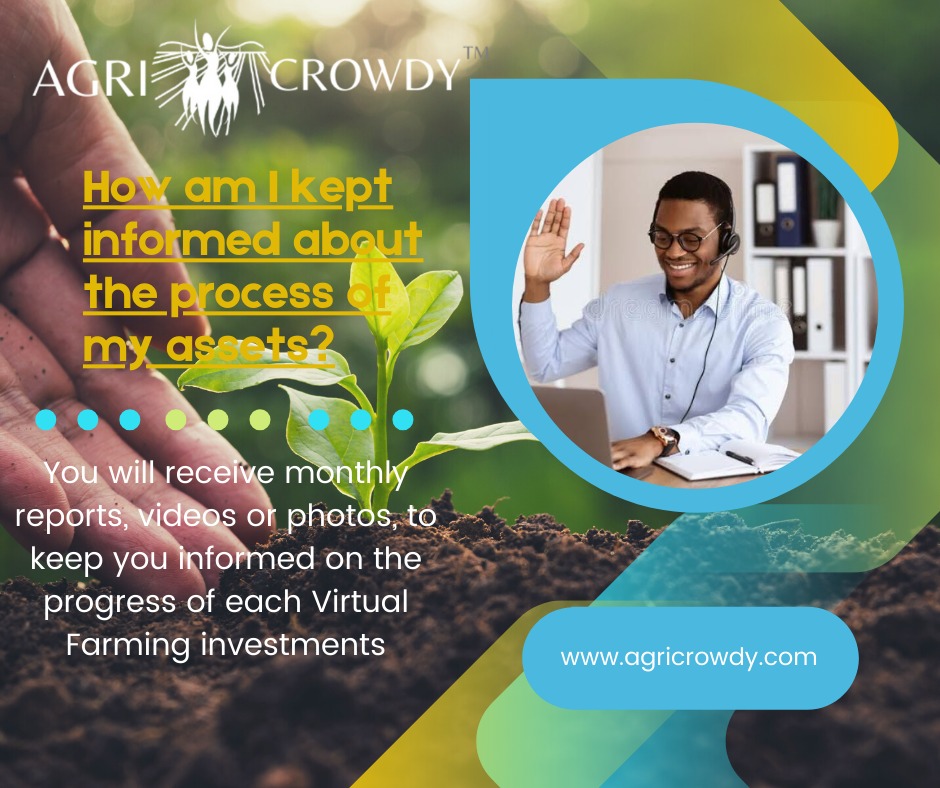 A few months ago, a younger friend of mine, Festus, told me he had become a farmer. I got to know Festus and he became close to me when I moved into my apartment in Orile, Lagos. For all errands, he could be counted on. I had not taken him seriously when first he said he was a farmer. It is clear even a person with a poultry farm of just three birds could be a farmer, too. And for Festus, a struggling boy of twenty-three, who had recently left the varsity and putting up with an uncle, being a farmer could simply mean owning a cockerel or two.

I remember on another Saturday I sent him to buy me petrol, he returned and the brief chat we had centered on his farm. I had asked him, “How is your farm and where in this Orile did you find space to start farming?” By the question, I had wanted Festus to confirm my suspicion that the talked-about farm of his was indeed a cage three birds. But what I heard shocked me.

Festus began to tell me about how he had used the portion of money saved from his allowances during national youth service to become a virtual farmer. I became confused. What again is virtual farmer?

He informed me that farming had gone online, that anyone who wanted to make real profit from agriculture could simply go online, put a little amount to purchase some newborns of an animal or some crops, and just sit back and be monitoring the entire thing mature, sold and high returns paid. He said that was what it meant to become a virtual farmer and that was what an agricultural firm called Agri Crowdy had been doing.

My interest in the whole idea grew. I went online and looked up for Agri Crowdy and ran onto their portal to read more. And I was fascinated by the seamless procedure that wealth creation had taken.

I made my first trial by purchasing ten piglets. I followed their growth on the investor portal on the website of Agricrowdy and just last week they reached market weight and sold. I got wonderful returns on my paltry investment sum.

I went to bed that night saying to myself that anybody who has a smart phone in this age has absolutely no reason to be poor. It is rather unfortunate that most young persons hardly care about how they could leverage the power of technology to turn around their economic circumstances. Instead, our youths mostly see the internet as a place of fun, yet the biggest economic opportunities on earth are today begging to be harnessed online. And Agri Crowdy is a perfect example in this regard.

What my experience with Agri Crowdy has taught me is that the world is getting smarter and activities are getting specialized everyday. To be a wealthy farm even as a worker, one no longer needs to share time and attention between one’s core job and farm. Expert farmers now focus on deploying their technical know-how to enduring accelerated agricultural productivity while enriching others who have investments in the entire agricultural value chain.

If our young ones who complain about unemployment or those who are low-income earners could rechannel the time and resources they squander on the internet into Agri Crowdy’s initiative for a food-secure and economically inclusive Africa with wealthy citizens, they actually will attain financial freedom and stamp poverty out of the continent.

FACT CHECK: Was Rank Not A Factor In Choice Of ...

innonews - June 29, 2017 0
The national chairman of the All Progressive Congress, APC, John Oyegun, has said he President Muhammadu Buhari is recovering very fast from his illness. In...

innonews - November 10, 2021 0
A chieftain of the All Progressive Congress, APC in Imo State, Hon Obed Anyadike, has advised chieftains of the party to learn...