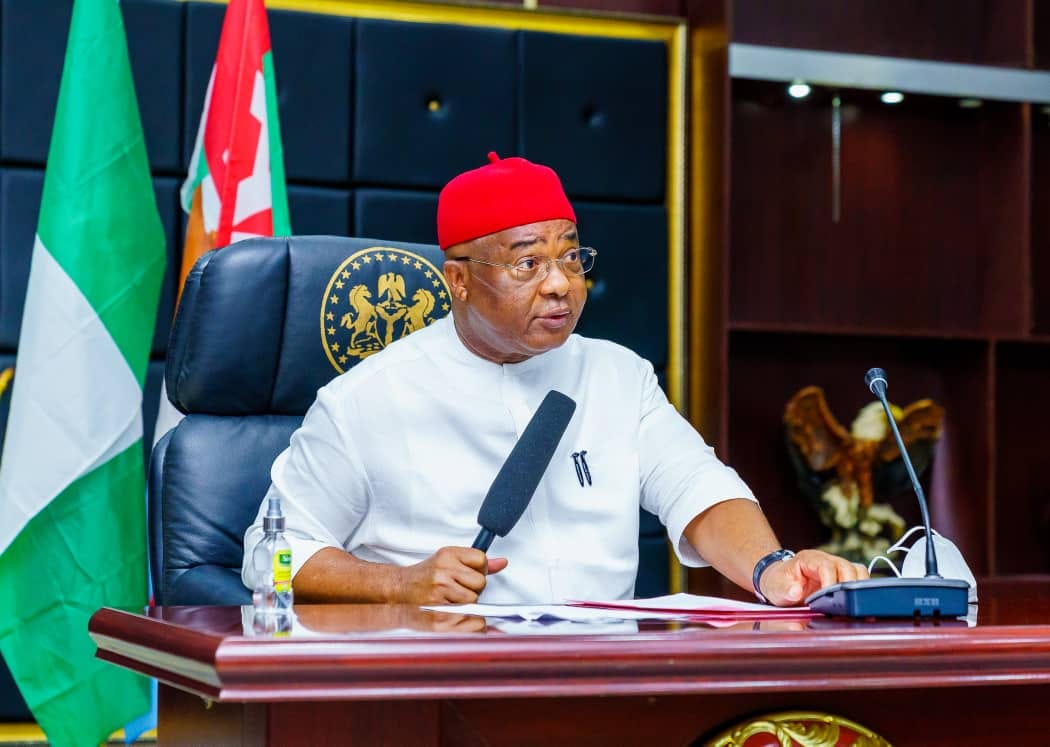 This is coming on the heels of poaching of Uzodinma’s men by the opposition Peoples Democratic Party, PDP.

Fabian Ihekweme, a known ally of Uzodimma and former Commissioner of International Affairs, at the weekend, was seen in a viral video with PDP National Secretary, Senator Samuel Anyanwu.

In the video, Anyanwu urged the former Commissioner to return to the PDP.

Ihekweme, a known ally of Uzodimma was dropped by the governor in his newly reconstituted cabinet.

It was unclear if the ex Commissioner consented to the demands of Senator Anyanwu.

The PDP National Scribe has been on a poaching spree of APC members.

Anyanwu, whom a grand reception is being organized in his honour by the Imo State chapter of the PDP, had vowed that thousands of APC members will join the PDP.

He is also said to be spearheading the planned defection of followers of former governor of Imo State, Senator Rochas Okorocha.

This newspaper learnt that since Anyanwu’s visit to the former Commissioner, searchlight has been beamed on Uzodimma’s men and allies, particularly those serving in his administration.

The searchlight is based on suspicions that some of them wine with the governor in the day and dine with the opposition at night.

Recall that some of the governor’s followers had complained of poor reward system and inability to have access to him, which has led to a disconnect and breakdown of communication between His Excellency and majority of his political footsoldiers.

This was evidenced in a video which went viral during the visit of President Muhammadu Buhari, when an aide of the governor, was heard lamenting over lack of reward for his efforts for the advancement of the administration.

“Omu (Ihekweme) was an ally of Anyanwu when the latter was Senator representing Owerri zone in the Senate.

“He later joined Senator Uzodimma and will be remembered for championing the shadow government when Ihedioha was governor.

“Politicians are free to change base whenever they deem fit, but no die hard Uzodimma supporter will leave because there is no basis to do so.

Need For Imo State To Key Into The Global Modules For...

innonews - February 22, 2020 0
By: Comrd F.B.I Onyekwulisi The Youth have been the propellers for sustainable development. Across the globe, it remains...

innonews - August 20, 2017 0
The United Progressive Party, UPP primary that was held on Saturday has claimed the life of a member of the party. The party member died...