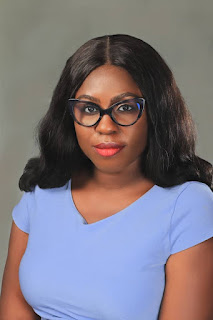 As the 2023 elections draws near, ex banker, Mrs Vivian Dimgba, has joined the race to represent Ezinihitte Mbaise State Constituency in the Imo State House of Assembly.

She says she will be eying the Assembly seat on the platform of the Peoples Democratic Party, PDP.

Speaking to newsmen in Owerri, Dimgba, an activist, said her aspiration is on track, having embarked on wide range of consultation which yielded positive endorsement.

While calling for support for her aspiration, she stated that she joined the race so her constituents can reap more benefits and dividends of democracy.

An advocate of women participation in politics, Dimgba expressed concern that the level of women in politics in the state is low.

She said “This is so because, often times, the public is focused on character and identity of the women, rather than her electability.

“Women constitute almost half of the population. They should have a say on who truly represents them. The 35% Affirmation Action on women need to have a legal backing to enable more capable, competent women to come on board the political arena” she said.

A Masters degree holder in History and International Relations, with a PHD on the way, she said more women are bridging the gender gap in work and education, but yet to make full impact on the political arena.

She called on various political parties to encourage women and the youth to show courage and step into the political arena because leadership should thrive on credibility.

“That you establish through action and not words. The peoples’ interest should supersede party loyalty and clandestine politicking” she stated.

She also encouraged the youths to embrace  “the flexibility of purpose, have a vision for a better tomorrow”

innonews - July 13, 2017 0
Kelechi Iheanacho’s move from Manchester City to Leicester  has been stopped by a tribunal. The Court ruled against his desire in the battle over his...

innonews - March 31, 2020 0
There is uncertainty over the headship of a prevention and control committee on coronavirus set up by the...

innonews - April 28, 2020 0
Mr Isaac Akinmoyede is the new Imo State Commissioner of Police .He takes over from Olaniyi Fafawora who retired recently.