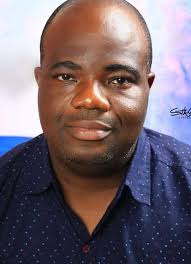 A High Court in Owerri, has ruled that Dan Nwafor and co were rightfully dissolved and should cease forthwith to parade themselves as Chairman and members of the Executive Commitee of the All Progressives Congress, APC in Imo State.

Delivering judgement in suit No:HOW/745/2020, Justice T.N. Nzeukwu, ordered that Dan Nwafor and Co by the declaration of the court, should not parade or hold out themselves as Executive committee members of the party or function in any form or manner as such Executive Committee members.

The Court further ruled that “Dan Nwafor and Co having duly and lawfully dissolved by the National Working Commitee, NWC of the party are hereby perpetually restrained from parading or holding out themselves or in any manner functioning as members of the Executive committee of the APC in Imo State”

This judgement came ahead of the APC National Convention scheduled to hold on Saturday, March 26, 2022 in Abuja.

innonews - April 18, 2022 0
Governor Hope Uzodimma has said Imo State is at the moment passing through a trying period, but expressed optimism that with God...

Prof Nnamdi Obiareri Writes: No One Is Too Big To Serve...

innonews - April 13, 2019 0
The dictionary meaning of the word "hypocrisy" is "the practice of claiming to have higher standards or more...

Ihedioha Speaks On Rift With Okorocha,Vows Not To Be Distracted

innonews - June 26, 2017 0
A member of the House of Representatives, Hon Ralphael Nnanna Igbokwe Monday led some leaders, traditional rulers and stakeholders from Mbaise Nation to a...

innonews - July 22, 2021 0
More than a day should be mapped out to celebrate the birth and existence of a humble, cheerful,...